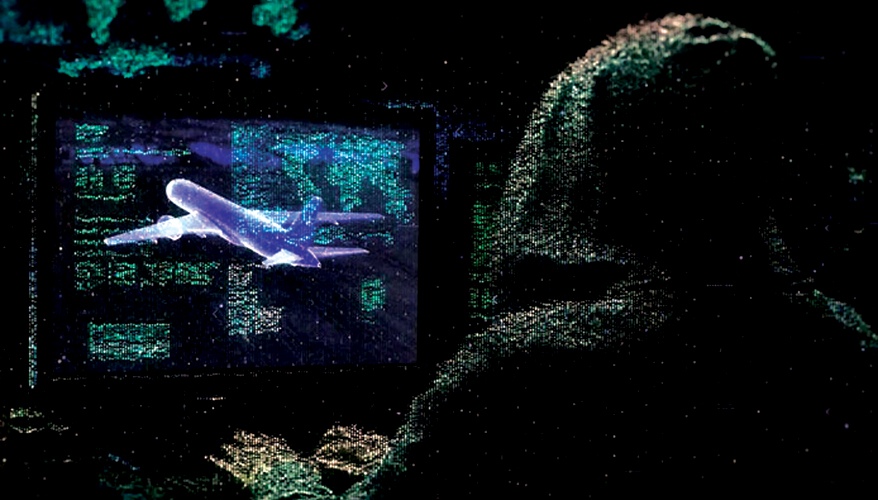 Raytheon is working on a system that could alert pilots to potential cyberattacks onboard an aircraft.

The prototype uses a commercial-off-the-shelf flight simulator to create avionics bus traffic — which includes data from the various components used in the aircraft — that can then be monitored.

“Really just about all that we did … was writing code that is monitoring the information coming out of this flight simulator,” he said. The traffic that is there is predictive and small changes can signal that something is wrong.

During the demo, Raytheon programmed bad code into the system that set off an alarm indicating there was a fire in both engines of the aircraft when it reached 10,000 feet. “It’s completely a cyberattack, it’s not real,” he said.

Raytheon’s product could “turn into a self-healing system that … [says], ‘There is in fact no fire because we’ve looked at four other sensors that would indicate that there is a fire, and we’re going to nullify that’” alert, he noted.

There is a great need for a platform that can detect cyber-attacks mid-flight, Leigher said. If someone “can shut down key functions on the mission computer … you can probably make the aircraft non-mission capable,” he said.

The system, which is funded through internal research-and-development dollars, is still “a fairly immature project,” he said. Leigher considers it to be at technology readiness level 5, with level nine meaning it is ready to be produced in quantities.

The product was recently demonstrated at the Navy League’s Sea-Air-Space conference near Washington, D.C., so Raytheon could gather comments. “We’ve shown it to a lot of guys that fly airplanes for a living to get their feedback on what this needs” to improve, he said.

The company is currently considering how small the system would have to be to fit into an airplane. Computer systems and sensors are often crammed into the cockpit, he said.

Raytheon plans to spend the next couple of years maturing the system, he said.

“It’s not so hard to mature the technology faster, it’s figuring out how to make it operationally relevant,” he said. “The technology is pretty straightforward. Making it useful and meaningful to a pilot flying or a maintenance crew that’s going to work on the aircraft is what we’ve got to turn our attention to.”