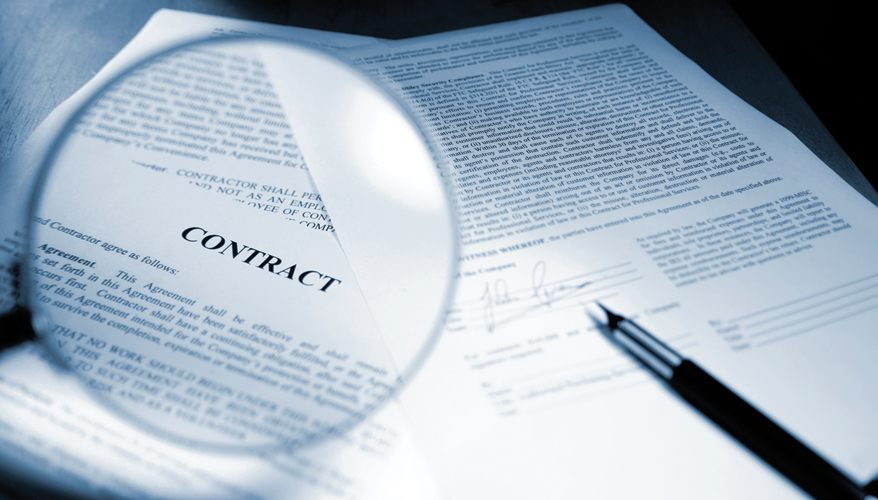 The following in an excerpt from testimony the National Defense Industrial Association presented to the House Armed Services subcommittee on oversight and investigations.

Industry recognizes that the audit responsibilities of the Defense Contract Audit Agency play an essential role within the Defense Department’s acquisition oversight structure and that it operates within a broader set of controls to manage the department’s activities throughout the contracting lifecycle.

Industry, taxpayers, Congress and most importantly the armed forces thus all have a common interest in a properly configured and efficient oversight framework focused on risk-based processes and procedures that allow the DCAA to perform its primary role of assisting contracting officers to make decisions.

The agency provides audit and financial advisory services to the Defense Department and other federal entities responsible for acquisition and contract administration. It operates under the authority, direction and control of the department’s comptroller/chief financial officer.

The agency’s purpose and mission is thus to act as a subject-matter financial advisor to contracting officers on matters related to the transactional as well as contract oversight and closeout processes.

Industry is concerned that the agency has lost focus of its purpose within the defense acquisition system over the past decade and has become much more closely tied with the inspector general function than needed or desired to fulfill its statutory oversight role. DCAA is not a profit center, but its annual reports to Congress highlight that the measure of mission success is that their audit activities provide a large return on investment by identifying a large number of adverse audit findings rather than on executing their primary advisory functions. Industry also questions whether the agency can inherently be truly independent and objective in their audit responsibilities while continuing to emphasize success based upon return on investment.

"Audits should be based on risk and ultimately a reasonable assurance for reliance."

The Defense Contract Audit Agency asserts that its return on investment to the taxpayer in fiscal year 2015 was $4.80 per dollar spent. While such a figure may seem to be a favorable side effect of performing its central advisory mission, that value computation does not accurately measure all “costs” to the acquisition system for functions that go unfulfilled or delayed.

Nor does it take into account costs for companies to maintain and achieve nearly perfect internal controls associated with business systems in order to avoid an allegation of a significant deficiency because of the agency’s perceived very low threshold for materiality.

Nevertheless, the return on investment appears to be held out to federal stakeholders as the reason for the agency’s existence.

The pronounced shift in its focus has crept well beyond its statutory mission over time and, accordingly, DCAA’s mission should be reoriented away from a strict process compliance framework fixated on return on investment to one directed at helping decision-makers determine fair and reasonable prices for products and services provided to the warfighter.

NDIA believes that a lack of professionalism, as defined by generally accepted government accounting standards, from agency auditors has borne costs on government and industry through a lack of incorporation of materiality in their judgments.

The members’ perception of DCAA’s standard of perfection with respect to internal is the enemy of timeliness and affordability. While perfection is admirable, often the high costs involved with achieving a level of perfection to avoid agency allegations outweigh the associated benefits of having a perfect internal control for an issue that may never be a catalyst for increased costs to the government.

Audits should be based on risk and ultimately a reasonable assurance for reliance. Further, there should be clarity on the materiality of potential identified deficiencies and whether they are in fact significantly relative to the ultimate effect on contractor business systems in order to avoid this perceived “perfection” standard that the association contends is currently in place.
The materiality issue also affects cost accounting standards noncompliance assessments, which the agency sometimes asserts without appropriate consideration of whether the assessments are in fact material. This can create extensive administration in resolution of the issue for the contractor, the Defense Contract Management Agency and DCAA years after the fact.

Many of these issues consume valuable resources in the contract disputes process. Using clear and objective criteria would reduce the backlog of non compliance allegations and assist in lowering the large backlog of contracts currently requiring closeout across industry.

Relative to business systems, there are also major implications for small businesses. Ensuring they have sufficient opportunity to compete for prime contracts is a major public policy goal in federal procurement. Having a DCAA-approved accounting system has increasingly been used as an evaluation criterion for major small business government-wide contracting vehicles. Small businesses are less likely to have had an audit of their accounting system, which undermines competition and stunts the growth of new entrants to the federal marketplace. Furthermore, the costs of DCAA compliance, as well as the business disruptions from audits is much more significant on small businesses as a percentage of revenue and resources.

Another major burden from DCAA’s approach to audit practices is in records retention. Federal Acquisition Regulation 4.7 sets forth the government’s record retention policy for different oversight purposes, but the insistence of audit staff for contractors to provide access to original documents long after the retention period has expired is inconsistent with the rules and does not align with the practice of moving more records into the cloud. Where such demands are not met, DCAA has been identifying contractors as having elevated risk, even where contractor imaging processes have been tested and approved for compliance.

The association has several recommendations for future actions. One is to reevaluate the DCAA’s mission, organization and management, and responsibilities and functions provided in DoD Directive 5105.36.

A working group of government and industry acquisition and auditing professionals should be established to align mission objectives with the statutory audit-records requirements.

The group should: determine necessary contract audit, accounting and financial advisory services needed by the department; establish definable and measurable auditing criteria, materiality, and acceptable timeframes by audit type; and identify which agencies, organizations or companies are best suited to provide the necessary and timely accounting and financial advisory services for the department.

Further, DCAA should establish timely deadlines for the completion of incurred cost audits. It needs to return to its historical practice of completing timely audits. The optimal timeline would be 90 days from submission of incurred cost proposals. It would have 30 days to reject the proposal as inadequate — if necessary — prior to beginning the audit, which would then be conducted and completed within 90 days.

Once the audit is complete, contracting officers could have 60 to 90 days to negotiate final incurred costs and indirect rate settlements. DCAA should focus objectives, audit programs and audit techniques for compatibility with the timely completion of the work. Holding incurred cost audits to this timeline, which is proven effective for financial statement audits, would have the effect of significantly reducing costs at contractors — ultimately passed on to the government on their contracts — as personnel and records would be readily available thereby streamlining the audit process of these very current records.

The agency should also embrace the use of third party auditors for incurred cost and business systems audits. This is likely the only solution to eliminate the incurred cost audit backlog; however, it is not a complete solution.

Once implementing regulations are finalized for Sections 820 and 893 of the fiscal year 2017 National Defense Authorization Act, there will likely be more clarity in how interested public accounting firms will be in performing this work.

Regardless, DCAA may still likely request working papers and backup materials on work performed by public accounting firms, which we believe is not necessary or appropriate. If each of these sections was expanded to include all contractors, especially those performing work on cost-reimbursable contracts, it would have greater effect. This would allow DCAA funds to be prioritized for forward pricing proposals.

Another recommendation is for Defense Department agencies responsible for procurement and contract administration to publish an annual report card with assessment of DCAA services. It could provide the agency with assessments on the quality, timeliness, relevance and satisfaction with the services provided. This feedback would be highly beneficial in understanding how well it is performing in its customer service role.

Our members reported positive engagement with DCAA in the past, but note there has been little government-industry dialogue in the last couple of years. Reinstating participation in “integrated product teams” or a comparable dialogue of inquiry to facilitate the audit process and increase communication with auditees would help.

It seems that independence has been used as the reason for not communicating with contractors. This is frustrating given that contractors want to comply and to be responsive to valid audit findings, but find themselves unclear in what actions would remediate a finding.

NDIA recommends that dedicated oversight, not necessarily legislation, is needed to encourage improvements at DCAA. Industry would like to see greater use of commercial auditing practices in conducting and performing audits, including the incorporation of materiality in DCAA’s decision-making, and recognition of timely completion of audit work.

Industry is concerned that some of the agency’s current annual reporting metrics have perverse incentives, but if they remain, metrics on auditor productivity — and cost borne on industry to achieve the agency’s return on investment — should be incorporated. Unfortunately, materiality is difficult to legislate and relies primarily on the professionalism of the workforce.

A combination of factors has led to the reorientation of DCAA’s mission over the last several years, to the detriment of the operations of the defense acquisition system. Moving forward, the agency should place greater emphasis on improving its customer service role, and be held accountable to improve the quality and timeliness of its audit services for the benefit of government procurement and the warfighter.

How Enforceable Are Teaming Agreements?