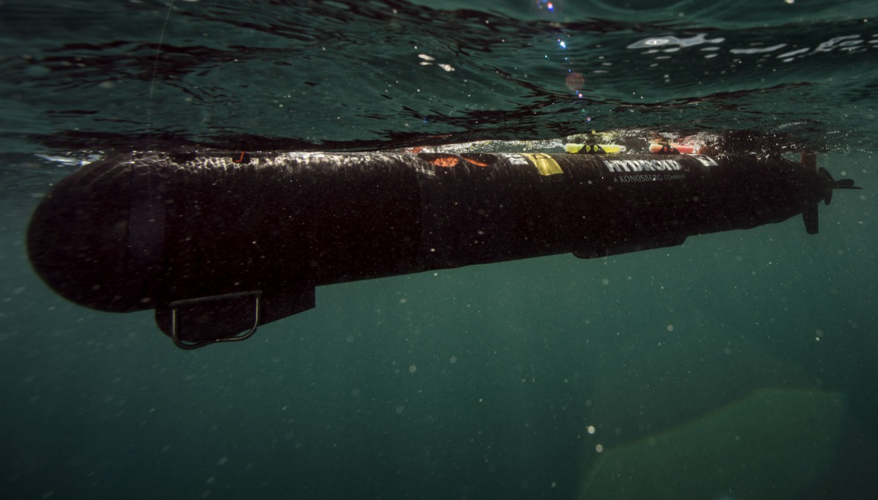 Sailors launch an underwater unmanned vehicle in the Arabian Gulf.

NATIONAL HARBOR, Md. — While the Pentagon has identified unmanned and autonomous systems as key technologies for future warfare, Navy and Marine Corps officials are warning against buying equipment that isn’t cost-effective.

To protect troops and free up manpower for other tasks, the U.S. military is pursuing robotic systems to do tasks that are “dull, dangerous and dirty.”

“That has led us … to very exquisite, expensive, unmanned systems that end up being assets that I have to protect instead of tools that I can use to accomplish the mission,” Marine Col. James Jenkins, director of science and technology at the Marine Corps’ rapid capability office, said April 5 during a panel discussion at the Navy League’s Sea-Air-Space conference in National Harbor, Maryland.

“In general, I think we want to work towards small, smart, cheap and abundant systems” that assist Marines in accomplishing their missions, he added.

At another panel talk, Rear Adm. Ronald Boxall, the Navy’s director for surface warfare, noted that drones have taken root in popular culture. But he’s not keen on pursuing them simply because they are viewed by many observers as the wave of the future.

“Anyone who has a little quadcopter in the garage is fascinated” with the technology, he said. “There has been a lot written about it … so everyone kind of likes unmanned. I only like it when I see it replacing something that’s much more expensive or much less effective.”

Lifecycle costs and maintenance requirements should be important considerations as the service purchases robotic platforms, he suggested.

“Are they breaking all the time?” he asked. “If you’ve got to buy 50 of these things [because of reliability or sustainment issues] … I would rather have something else. So you look again at how many people does it really take to fly, sail or float this thing, and does that make sense from a cost-benefit standpoint.”

While some observers view unmanned systems as a replacement for manned platforms and human operators, that is a bit of a misconception, officials said. They should be seen more as enablers.

“As far as the roles and missions … this is not a competition between manned and unmanned,” said Rear Adm. William Merz, the Navy’s director of undersea warfare. “It’s a complementary role.”

For example, autonomous undersea vehicles could potentially take on certain tasks that would free up manned submarines to do other activities, he said.

While there is a great deal of enthusiasm about the potential benefits of robotic systems, much work remains to be done to improve their operational utility. It is an especially difficult challenge in the undersea domain, he said.

Based on how some observers have gushed about the technology, “You would think we’re ready to conquer the world with unmanned vehicles or autonomous vehicles,” Merz said.

“We are very interested in the technology … [but] it’s probably not moving along as fast as we’d like,” he added.