4/5/2017
By Eric McClafferty and Melissa Brewer 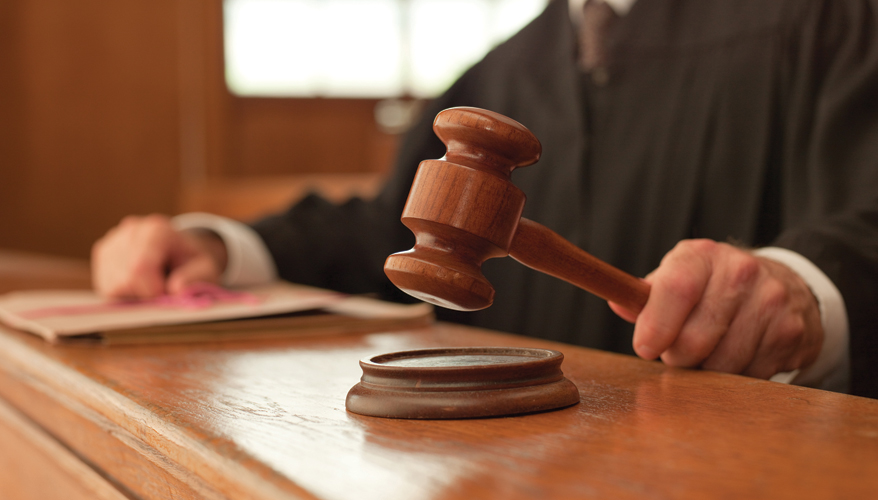 If a company claims U.S. origin for products assembled from foreign parts, a recent U.S. Court of International Trade decision may affect its ability to sell those products to the U.S. government.

In a decision issued in December — Energizer Battery, Inc. v. United States — the court stated that Customs and Border Protection was right when it found that Energizer’s Generation II military flashlight, while assembled in the United States, is of Chinese origin for government procurement purposes. It reached that decision in part because virtually all of the flashlight’s components are of Chinese origin, even though it was assembled into a finished item in the United States.

Customs argued that the Chinese component parts were not “substantially transformed” by the relatively simple assembly process occurring in the United States such that Energizer could claim the flashlight is of U.S. origin. Even though a great deal of the product assembly occurred in the United States, the U.S. Court agreed the flashlight was not U.S. origin. The decision was not appealed, making it the law of the land.

This higher U.S. origin standard raises very important new considerations for importers, government contractors and manufacturers that wish to claim that finished products assembled from foreign parts are U.S. origin and thus eligible for sale to the U.S. government, including the Department of Defense.

Government procurement of items for military use is subject to a variety of often confusing laws and regulations, including the Buy America Act provisions of the Trade Agreements Act of 1979 that were at issue in Energizer. The act imposes restrictions on the U.S. government’s ability to procure products that are of foreign origin, although the law permits the president to waive Buy America requirements for eligible products from certain countries. China is not a country that qualifies for waiver, however, although many input materials, parts and components are made there.

Under the rules, a product that does not qualify for a waiver is subject to a “substantial transformation” analysis to determine whether it is a “U.S. origin” product — despite being produced from parts that are imported from foreign countries. Customs also enforces the law that every article of foreign origin imported into the United States shall be marked to indicate the country of origin — with some minor exceptions.

In Energizer, the court said assembly operations in the U.S. for foreign parts is not enough, by itself, to claim that the resulting product is U.S. origin and eligible for sale to the Defense Department. Too many companies are taking this overly simplistic approach and putting themselves at risk of substantial penalties. Whether a product comprising foreign components may claim U.S. origin is a more complex, very fact and law-specific question, requiring consideration of a variety of production, assembly and import processes.

Under U.S. law — 19 U.S.C. § 2518(4)(B) — a product is “substantially transformed” if it becomes a “new and different article of commerce with a name, character, or use distinct from that of the article or articles from which it was so transformed.” But the test is not as simple as some thought before Energizer. Now, the substantial transformation analysis requires a case-by-case analysis of multiple factors, including the country of origin of the foreign components, the extent of processing that occurs in the country of origin relative to assembly and production operations in the United States, and whether the U.S. processing results in a product with a new name or identity sufficient to meet the substantially higher bar established by Energizer.

Given the fact-specific nature of the analysis, Energizer highlights that the criteria considered may vary from case to case. After Energizer, if a company is assembling foreign parts into a product that it wants to call U.S. origin — and sell to DoD or another federal agency that requires U.S. origin items — it needs to revisit its analysis to determine if its product qualifies.

Specifically, the Energizer decision analyzes several key questions that companies selling products claiming to be of U.S. origin and comprised of or assembled from foreign parts must now consider.

In analyzing these questions, the court relied on several critical facts to conclude that no substantial transformation occurred. It emphasized, for example, that final assembly and packaging of Energizer’s Generation II military flashlight at its U.S. facility does not change or alter the shape, material composition, or name of the Chinese component parts.

Among other factors, the court noted that these particular Chinese components did not undergo a change in use during processing in the United States and, instead, had a pre-determined use as parts of the flashlight at the time of importation.

While these are central aspects of the court’s analysis for this product, any company selling a “U.S. origin” product made of foreign parts should now reexamine the “totality of circumstances” surrounding the production, importation and completion of the product to ensure compliance.

Interestingly, Energizer is the first appeal in which the Court of International Trade interpreted the meaning of “substantial transformation” in the context of the Buy America provisions of the Trade Agreements Act of 1979. As government contractors, importers, manufacturers and others aim to take advantage of any anticipated Buy America initiatives under a Trump administration, and increased defense spending, knowing how to deal with the Energizer case will be critical for compliant federal sales programs.

Companies that fail to properly label a product’s country of origin risk noncompliance with a number of criminal and civil provisions. For example, the law governing the labeling of imported articles provides that mislabeled products are subject to monetary penalties and may be seized by Customs and withheld from delivery until the labeling errors are corrected.

Where Customs finds evidence that a product was intentionally mislabeled, companies are subject to additional criminal and monetary penalties. Furthermore, improper labeling can render a product ineligible for government procurement. Depending on the exact nature of the mislabeling or mischaracterization of the country of origin of an article, additional provisions of the law or regulations may be implicated.

The Energizer decision highlights the critical importance that companies closely examine their sourcing and manufacturing before claiming that a product is of U.S. origin. This analysis under the applicable law can seem daunting given the complex nature of many companies’ sourcing patterns and production processes. Most manufacturers have at least some percentage of foreign components, even if products are not wholly made of non-U.S. parts. But the analysis should be conducted to ensure compliance with U.S. law and to avoid future problems.

If claiming U.S. origin for products assembled from foreign components, it is recommended that companies take steps to conduct a risk analysis and/or audit to determine whether they are compliant with Buy America provisions, including the tough new Energizer test.

Eric McClafferty is a partner and Melissa Brewer is an associate at the Kelley Drye & Warren LLP law firm.