As Funding Deadline Looms, Budget Is on Everyone’s Mind 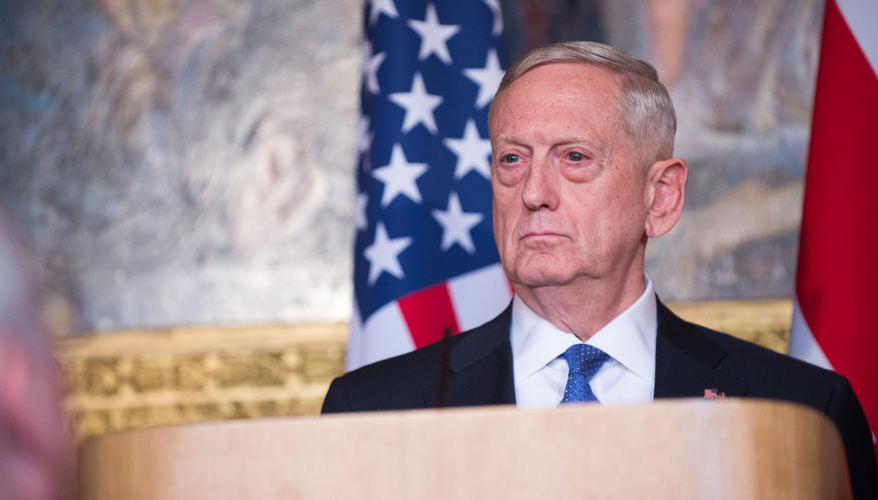 Defense Secretary James Mattis is scheduled to meet this week with industry executives. The Pentagon has been mum on what the secretary will say to the defense sector’s top CEOs, but it is almost guaranteed that President Trump's defense budget — and its uncertain outcome — will be on everyone’s mind.

Mattis has been vocal in hearings on Capitol Hill about the damage that continuing-resolution funding measures have caused the military. He and other senior officials have blasted Congress for failing to do its duty, and hope lawmakers soon will pass a $578 billion fiscal year 2017 budget before the current CR expires April 28, along with an additional $30 billion supplemental request to fill immediate training and equipment shortfalls across the armed services.

Protracted budget fights also have been a bane for the defense industry, as it causes the Pentagon to think short term and hold back on new procurements, not knowing if the funding will be approved.

“We see budget uncertainty persisting in April as the fate of FY17 appropriations may not be known until the end of the month just before the expiration of the current CR,” warns industry analyst Byron Callan, of Capital Alpha Partners.

Callan said an “ideal case” would be Congress passing an omnibus appropriations bill without the $30 billion supplemental for defense in order to avoid a standoff that would result in a full-year CR for 2017 and/or a government shutdown.

The administration has flubbed its early budget rollout by calling for sharp cuts to non-defense spending to pay for a military buildup, deepening the political divide. Earlier expectations that the Trump administration would launch a massive defense buildup have given way to reality, and the industry has readjusted its forecasts.

The April 7 strike on Syria’s Sharyat Airbase with 59 Tomahawk cruise missiles, Callan noted, “is a sentiment positive for defense, but it’s too soon, in our view, to call this the start of a substantive shift that will impact U.S. and international defense spending.”

More bullish analysts see the Syria strikes as a positive catalyst in the budget standoff. “This virtually guarantees timely passage of pending 2017 defense appropriations, presumably as part of broader 2017 omnibus legislative vehicle,” commented James McAleese, of McAleese & Associates. “This also maximizes pressure for Congress to then pass the separate $30 billion supplemental before the congressional summer recess.”

Fiscal cliffs aside, there appears to be widespread understanding that as long as the world is perceived as a dangerous place, defense funding will increase.

But defense contractors are looking for more specific reassurance that the Pentagon will commit to long-term investments in research, development and procurements of new systems. The industry is just now starting to recover from a five-year slump and executives remain skittish.

The Government Accountability Office estimated that spending on federal contracts decreased by 24 percent from 2011 to 2015, a drop primarily fueled by a 31 percent plunge in defense contracts.

Newly released figures by the Center for Strategic and International Studies paint a similar picture. Defense Department contract obligations collapsed from $414 billion to $296 billion between 2009 and 2015, according to CSIS. Research and development contracts in that period fell by more than half from $47 billion to $23 billion.

The tide is projected to turn, even if Trump’s 2018 budget appears to face tough odds.

CSIS predicts the contracting drawdown is coming to an end. “Contract spending increased by 7 percent in 2016 for the first time since the peak year in 2008,” said CSIS defense industry initiatives director Andrew Hunter. “This definitely exceeded my expectations.”

A bit of bad news for the defense industry is that R&D contract spending did not increase, Hunter noted. This is contract spending on what is known as the "weapon systems pipeline,” he said. That it continues to decline should be cause for alarm.

“The development of new weapon systems has been decreasing over time, and there's no recovery yet in sight,” Hunter said. And that will be a real issue for the new administration coming in.”

Former Pentagon procurement chief Frank Kendall said he worries that military modernization will proceed at a slower pace than the Pentagon and the defense industry would have liked.

The Trump administration is asking for about a 3 percent increase over what the Obama administration would have asked for, Kendall said at a CSIS forum. “That is not a dramatic increase in defense spending,” he added. “The concern I have as the president talks about making the military stronger and larger, is that he's really talking about the size of the Air Force, or size of the Army.”

This would put the Pentagon in a position where it has to build a budget around a force structure and the fixed cost associated with that, so there will likely never be enough money to modernize, he said. Budget cuts due to sequestration and CRs worsen the situation, said Kendall. “The part of that imbalance I am most concerned about by a huge margin is the lack of investment in products in our new product pipeline. It's the major investments you have to make to develop a program that you're going to field in quantity, and produce in quantity.”

Amid funding questions also are discussions about anticipated congressional action to overhaul how the Pentagon is managed and how it acquires weapons systems. These are subjects that will almost certainly be part of the conversation between Mattis and defense executives at the planned April 13 meeting, industry sources told National Defense.

In a recent hearing, House Armed Services Committee Chairman Rep. Mac Thornberry, R-Texas, warned that Pentagon reforms are on the agenda this coming year. “We've done a lot of reform over the past two years. That includes acquisition reform, a new military retirement system, major changes in military health care, commissary reform, a rewrite of the Uniform Code of Military Justice, as well as significant organizational reform,” he said. “While a lot has been done, however, a lot more needs to be done.”

Thornberry will especially target the defense procurement system and the Pentagon’s continuing struggles in technological innovation efforts. “We will not be able to defend the country with outdated technology or sluggish bureaucracy.”