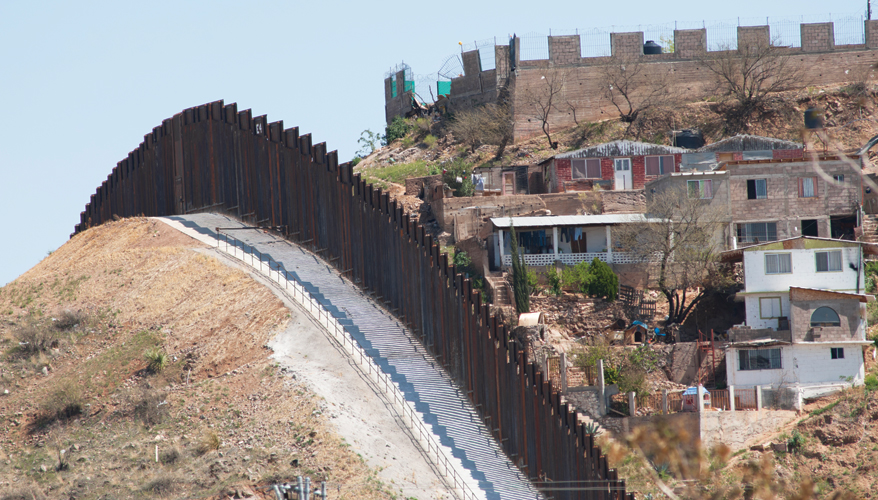 Billions of dollars are projected to be invested in the wall that President Donald Trump plans to build on the U.S. southern border to stem illegal immigration. But homeland security experts also envision buying other technology to aid in the mission.

Projections for how much the wall would cost vary significantly. Trump said it would come in around $10 billion to $12 billion. But other analysts suggested he was low-balling it.
Bernstein Research, a firm that provides analysis to the financial industry, said in a report last year that the cost is “widely expected to be greater than $15 billion and perhaps as much as $25 billion” depending on a variety of factors including the dimensions of the wall, the materials used, land and labor costs, and the difficulty of the terrain.

An internal Department of Homeland Security report put the price tag at more than $21 billion, according to Reuters, which obtained a copy of the document.

“I am reading that the great border wall will cost more than the government originally thought,” Trump tweeted in February. “But I have not gotten involved in the design or negotiations yet. When I do … [the] price will come WAY DOWN!”

In March, DHS issued a pre-solicitation notice to industry for the design and build of prototype “wall structures.” The barrier is expected to be about 30feet tall, the announcement said.
Secretary John Kelly indicated that more investment would also be needed for other border security assets.

“As we build the wall out, we will certainly back that up with personnel patrolling … and technology” such as aerostats and improved sensors, he said in February at a House Homeland Security Committee hearing.

“Some of the sensors [on the border] are really kind of 1980s technology,” he said. “There’s better equipment out on the market today. So we’re going to take a long, hard look at that kind of thing.”
David Inserra, a homeland security analyst at the Heritage Foundation, said the U.S. government needs “a network of surveillance technologies” to monitor the border. Defense contractors could potentially provide those tools, he noted in a report published earlier this year titled, “Congress Must Re-Set Department of Homeland Security Priorities: American Lives Depend on It.”

“Rather than reinventing the wheel, DHS should borrow from the experiences and technologies of the U.S. military and its need for persistent, wide-area surveillance technologies in Iraq and Afghanistan,” he said. “These systems are already in production, and using and adapting these systems would allow DHS to avoid the expensive development of new systems.”

The Heritage Foundation, which is influential with the Trump administration, recommended a $375 million increase in the budget for Customs and Border Protection to invest in the equipment.

Homeland Security Committee Chairman Rep. Michael McCaul, R-Texas, called for a “multi-layered defense” that includes fencing and other technologies such as aviation assets.

“I’ve been trying to get this done … for the last six terms in Congress, and I think now we finally have the political will to do it,” he said.