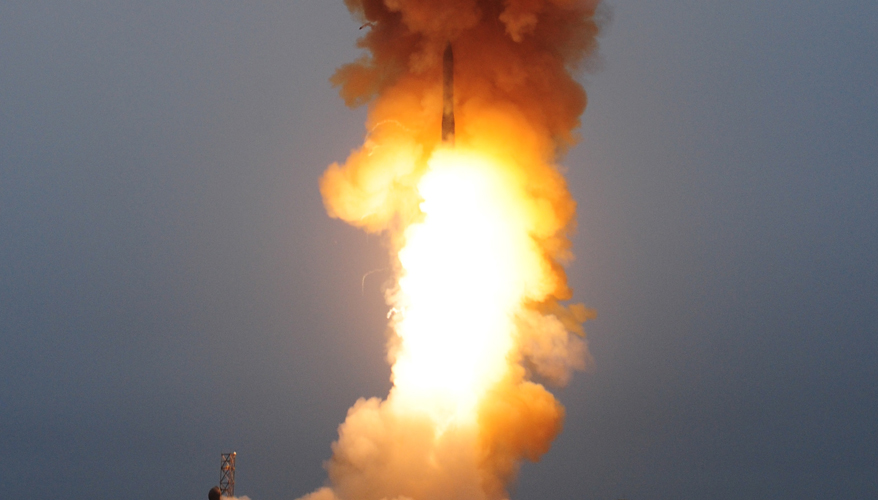 President Donald Trump has vowed to increase the capacity of the U.S. nuclear arsenal. But there may not be much room for him to boost strategic forces beyond what existing plans call for.

In a tweet Trump said, “the United States must greatly strengthen and expand its nuclear capability until such time as the world comes to its senses regarding nukes.”

He has since tasked the Pentagon to conduct a new Nuclear Posture Review, which is expected to shape future modernization efforts.

The nuclear enterprise is already expected to come with a hefty bill in the years ahead. In a recent report, the Congressional Budget Office estimated that it would cost at least $344 billion to operate, maintain and modernize U.S. strategic forces over the next decade under existing plans. CBO projected annual spending would increase by roughly 60 percent between fiscal years 2017 and 2026 absent major changes.

“We will see funding for nuclear programs increase over the coming years. The question is: is it increasing more than was already planned under the Obama administration?” said Todd Harrison, director of defense budget analysis at the Center for Strategic and International Studies. “I will bet that that answer is no, that all the increases we see [under Trump] are things that were already preplanned.

“We’re already modernizing all three legs of the nuclear triad, all of the delivery vehicles and many of the warheads and bombs as well. So quite frankly there’s not a lot else you could do beyond what the Obama administration was already doing,” he added.

The Pentagon’s ability to procure more delivery platforms in the near term would be constrained, he said.

Legacy intercontinental ballistic missiles, nuclear missile submarines and stealth bombers are no longer in production. And their follow-on systems are not close to entering service, Harrison noted. Trump could add to the planned buys, but additional assets such as a new Columbia-class submarine might not come online until the 2030s, he said.

Trying to speed up the acquisition of next-generation systems could be problematic, Harrison cautioned.

“When you try to accelerate production on a new development program then that increases the risk” of concurrency-related setbacks, he said. “That’s been one of the big problems with the F-35” joint strike fighter program and a key contributor to cost overruns.

Trump could invest more in nuclear modernization than current plans call for. “But you don’t necessarily get … an effective military capability in greater numbers and sooner than already planned,” Harrison said. ”You could certainly spend a lot of money chasing that though, and then it does start to come into competition with funding for conventional modernization and increasing the size of conventional forces, which the president has also said is a priority.”