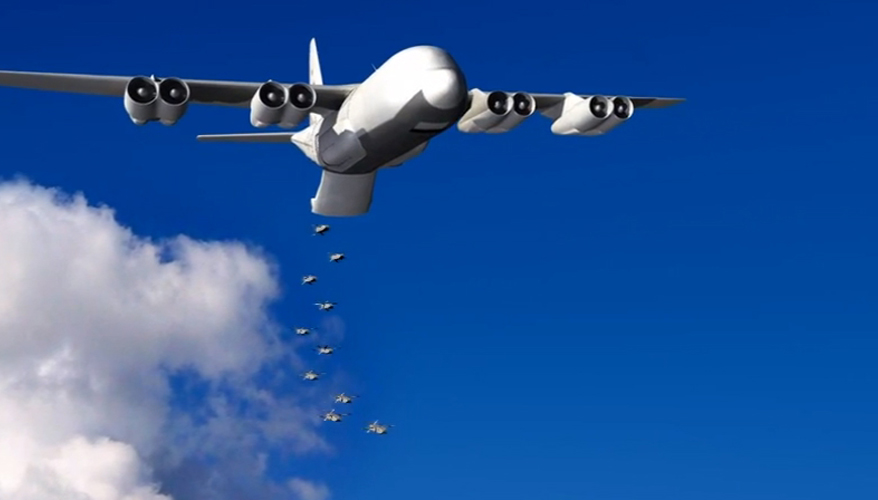 Teams of lower-cost, unmanned systems that don’t need to return from battle will be critical for future warfighting, the head of the Pentagon’s Strategic Capabilities Office said March 28.

“Increasingly we’re going to ask our designers, including those in industry, to help us shift all of the dangerous jobs in combat — as many of them as we can do in an ethical way — to machines that can take the brunt of at least that initial edge of conflict so that … we have the maximum number of our operators returning home safely,” he said.

Much of the technology required already exists, he said.

The Strategic Capabilities Office, also known as the SCO, has partnered with Defense Department research laboratories and other organizations on a number of projects along these lines.

One, called Perdix, demonstrated the ability of a fighter jet to launch a swarm of autonomous drones capable of performing intelligence, surveillance and reconnaissance missions.

Another, called Avatar, is a robotic “wingman” concept that would pair unmanned aircraft with a manned fighter. Doing so would reduce the number of pilots in harm’s way. The SCO is working on a similar concept for the Army, Roper said.

The office also has a program aimed at creating “a ghost fleet of expendable boats” that could team with U.S. Navy vessels, he said.

These types of systems offer an advantage over most of today’s platforms, he noted.

“All the things we build are expensive, and if they take off it’s our expectation that they come home and land,” he said. “That hasn’t been an issue until now” when there is greater concern about fighting advanced adversaries.

Requiring a high level of survivability is a huge constraint for system designers and operational planners, Roper said. Manned platforms have to be protected and refueled. They also require more maintenance and sustainment. That translates to higher costs for the Defense Department, he added.

Using relatively low-priced robotic systems to perform high-risk missions would provide greater operational flexibility and lower the costs of a loss or mishap, he said.

“There’s a reason why we don’t take fine china and crystal to have picnics anymore,” he said. “Once you’ve used paper plates and Dixie cups, you’re not coming back from that. It makes it a completely different experience. We haven’t had that equivalent in the military.”

“I think you’re going to see that more and more,” he said.  “Making a team of things perform a function that only an expensive thing would have done in the past.”

Despite these advances, humans will not be completely cut out of the loop. Nor will the Pentagon cease to buy high-ticket equipment, Roper said. But the role of high-priced, manned platforms could change.

“What I think … our high-end tactical systems will become is less weapon-slingers and they’ll become more like command hubs,” he said.

Roper likened the human warfighter of the future to an NFL quarterback running an offense. “They’re the ones that call the audibles … and it’s the team [of robots] that runs the play that has been picked,” he said.

This manned-unmanned teaming concept is driving much of what the Strategic Capabilities Office is working on, he said.

While machines are becoming smarter and more capable, they still have limitations, he noted. “Autonomy is very good at making brute force elegant,” Roper said. “But it’s very difficult for it to make strategic choices especially outside of the data set on which it’s built.”

Machines are more likely to fail when presented with a decision that they haven’t been programmed to make, he said.

“What that tells me is that I’m going to need people connected to the machine to help make choices when it’s that thing that hasn’t been seen before,” he said. “People are great at …  quickly being able to think strategically [and] get down to action in a way that’s cognizant of the risks that are being taken.”