The Untapped Potential of the Hyperscale Cloud 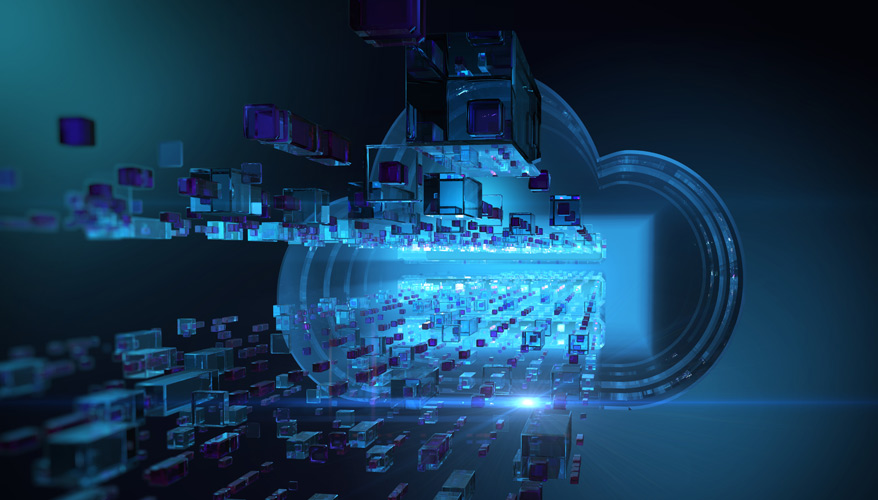 Market forecasts say that over the next five years information-technology spending will be even more targeted toward cloud solutions. One of the branches of government that has tremendous potential to benefit from cloud is the Defense Department. While it moves cautiously with a slight uptick in its utilization of the commercial hyperscale cloud, there are many more ways the agency and warfighters could benefit from greater use of cloud technology.

While security concerns were a traditional obstacle to increased adoption, there have been substantial advancements over the past two years as cloud service providers have been approved and used for sensitive workloads throughout the government — including the Defense Department and the intelligence community, and other government entities around the world.

Security issues no longer dominate most of the meetings with knowledgeable senior defense officials. That isn’t because they care about security any less, rather it’s an acknowledgement that industry has come a long way in its understanding of cloud, and that accredited commercial clouds are now as — and even more — secure than on-premises options.

There is now widespread recognition in both the public and private sectors that commercial cloud options can be more secure than on-premises solutions. From health care companies like Philips and Bristol-Myers Squibb, to financial services entities like Capital One and Nasdaq, to agencies across the U.S. intelligence community, some of the most critical data is now being entrusted to the commercial cloud.

The key challenge in the Pentagon is rooted in how the cloud is defined and conceived. For example, a December 2015 DoD inspector general report found the Pentagon did not maintain a comprehensive list of cloud computing service contracts, in part because there was not an established department-wide definition for the technology.

Even today, both within the public and private sectors, the “cloud” is a somewhat nebulous term that can represent everything from a few server racks in a data center to multiple interconnected regions with millions of virtual servers.

Within a defense context, a collection of former data centers operating in a shared virtualized computing infrastructure environment can meet many of the very basic expectations of cloud. It can help reduce the operational and infrastructure costs of defense agencies and provide a foundation for interagency intelligence and data sharing through a single architecture platform. However, there are concrete differences between such a model and that of a hyperscale commercial cloud that can accommodate an exponential increase in demand — thousands or even millions of virtual servers — quickly and cost effectively. While both are important, the hyperscale nature of the commercial cloud can unlock powerful force multipliers for warfighters.

One of the most important advantages of the commercial cloud is its virtually limitless scalability when compared to other options. A classic government example of this is Healthcare.gov. The Centers for Medicare and Medicaid Services turned to the cloud for the scalability needed to meet demands for the new platform after massive traffic spikes caused the initial failures.

Lt. Gen. Samuel Greaves, Air Force space and missile systems center commander, recently said the next-generation GPS operational control segment program was at risk of being terminated due to schedule overruns. The team was challenged by a software testing environment that would take weeks or months to reconfigure on aging hardware. Defense Digital Services helped the OCX team take advantage of an accredited Amazon Web Services testing environment which, to use the general’s words, “let them buy a lot of schedule back.” The program now has new life and is currently in development.

Another defense example is the Defense Information Systems Agency’s Big Data Platform, a scalable architecture used across agencies to ingest and analyze vast quantities of cyber data and able to process millions of records per second. These capabilities — requiring more than 200 compute nodes — would have used or exceeded the entirety of the department’s on-premises resources.

Another clear advantage of commercial cloud is the superior speed, power and breadth of functionality available to users. Take logistics for example. In many ways, this particular challenge the military faces is not unlike the challenges faced by some of the biggest global retail giants. They both need to manage inventories across warehouses, move stock to stores or users in timely manners, manage large fleets of vehicles and predict where and when inventory will be needed.

This type of challenge lends itself perfectly to machine learning and artificial intelligence, both of which are most effective when powered by the capabilities of a hyperscale cloud. The Defense Department can integrate AI and machine-learning capabilities more directly on the battlefield as well. These capabilities can be used to help analyze millions of data points across streams of intelligence to predict combatant location and movements, giving troops a decisive information advantage.

Perhaps one of the biggest advantages of commercial cloud is the ease and speed of both development and deployment of new applications and platforms. Providers host huge ecosystems of partners and developers. Such an ecosystem of partners enables faster innovation, speed to deployment, as well as reduced risk thanks to try-before-you-buy capabilities.

For example, the National Geospatial-Intelligence Agency used this advantage to its benefit with its Map of the World project. This geospatial intelligence service serves as a central focal point to explore content and link natural and man-made features on, above and beneath the Earth to intelligence observations. Today, the NGA still considers collaboration with commercial cloud and other private-public partnerships as critical to mission success.

The National Reconnaissance Office also leveraged the commercial cloud to speed access to innovation. The agency used the cloud to streamline their processes with a “Dev in a Day” model that allows developers to acquire new solutions in days rather than months.

The Defense Department has laid the groundwork to support the increased use of hyperscale commercial cloud. A good next step to consider is the creation of clear and easy contract vehicles, and the necessary funding flexibility, by which its many sub-agencies can quickly and efficiently provision cloud computing services.

Many federal agencies have already used this approach, leveraging the pay-as-you-go model of commercial cloud to arm themselves with near limitless capabilities, which they can turn on or off with the click of a button, and only pay for what they use.

Another critical success factor for increased adoption will be a well-motivated and empowered workforce. All agencies should consider adopting the strategy that’s working well within the intelligence community who paired increased investments in the commercial cloud with significant training and education for employees.

Looking forward, defense IT solutions will only become more complex and computationally intensive. The scalability and power of commercial cloud can empower the Defense Department to create truly groundbreaking new tools to enable its mission.

Wanted: An Information Agency 'On Steroids'