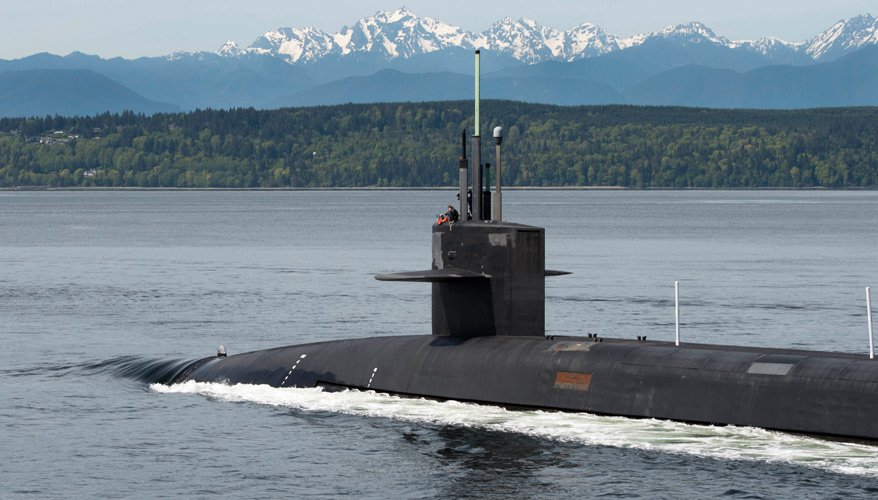 The Navy’s Columbia-class ballistic missile submarine program recently reached a key milestone. But questions remain as to whether the service will be able to afford the fleet expansion that it envisions if the submarine program is fully funded.

The Pentagon plans to build 12 new SSBNs over the next two decades to replace the aging Ohio-class boats. The Navy estimates that the total acquisition cost will be approximately $100 billion, in calendar year 2017 dollars.

In January the program successfully completed Milestone B, which granted the Navy authority to continue into the engineering and manufacturing development phase of the program and commence detailed design work.

Although the Defense Department is operating under a continuing resolution, Congress approved an “anomaly” for the Columbia program for fiscal year 2017 and appropriated $773 million for the project.

“The appropriation of [shipbuilding funds], the completion of Milestone B and transition to detailed design are the critical components to making sure that program remains on track,” Rear Adm. Michael Jabaley, program executive officer for submarines, said at the Surface Navy Association’s national symposium.

Meanwhile, President Donald Trump has called for a 350-ship Navy. And the service released a new force structure assessment calling for a 355-ship fleet, a major increase from the previous goal of 308 ships. There are currently 274 battle force ships in the inventory.

“If you want to go down the path of the 350-ship Navy, you’re going to have to buy a lot more ships” than the 2017 shipbuilding plan called for, said Eric Labs, a budget analyst with the Congressional Budget Office’s national security division.

Such a buildup would come with a hefty price tag. Achieving a fleet of approximately 350 ships would cost an average of $25 billion per year over the next 30 years, or about 60 percent above the historical average for annual shipbuilding spending, according to CBO estimates.

The Navy is slated to procure a variety of new assets including aircraft carriers. But Adm. John Richardson, the chief of naval operations and the former commander of submarine forces, has identified the Columbia as the service’s top acquisition priority.

“The Navy has stated repeatedly at all levels of leadership that the Columbia SSBN is the number-one priority,” he said. “Increasing the fleet to 355 ships would not be done at the expense of funding the Columbia.”

The force structure assessment calls for ramping up the number of attack submarines in the inventory, with the aim of reaching 66. The previous goal was 48.

Jabaley must ensure that any expansion of attack submarine procurement does not interfere with the Columbia program.

“I want to make sure that Columbia remains the number one priority,” he said. “There’s no margin in the schedule. It has to get out on patrol by fiscal year ’31.”

Industry could be strained trying to build two different types of submarines in such large quantities, he noted.

“We’re already in the middle of a facilities expansion and a significant employee ramp-up at our shipbuilders just to handle the increased demand signal brought by the Columbia,” he added. “Now [we have] to figure out how to get the Navy to 66 attack submarines in the right amount of time without breaking the submarine construction enterprise.”

The service is conducting analyses to determine the best path for achieving that submarine force structure. It’s already clear that additional facilities and employees would be needed to carry out a shipbuilding project of that size and pace, Jabaley said.

Meanwhile, the Navy is trying to keep costs down for the Columbia program. The service is using research-and-development funding to prototype various parts of the vessel before the first boat is built.

The prototyping effort should enable the service to discover the best way to construct the Columbia-class ahead of time and reduce the risk of schedule slippage, Jabaley said. “We’re on a very tight timeline.”

To the greatest extent possible, the Columbia reuses the design of the Virginia-class attack submarine, he noted. However, the missile compartment and the electric drive system are components that are unique to the new boat.

A compatibility test facility is being built in Philadelphia. That site will allow complete endurance testing of the Columbia’s integrated propulsion system, he added.

“The actual components which will be built will be assembled in a complete system and brought on an endurance test bed,” Jabaley said. “That de-risks the integration of new technology, de-risks the schedule involved in the construction of the ship, and is a significant way of ensuring the program’s success.”

The Columbia program is only one component of a broader Pentagon effort to modernize its nuclear arsenal. Plans are underway to acquire new intercontinental ballistic missiles, stealth bombers and air-launched cruise missiles. An extensive nuclear warhead modernization project, managed by the Department of Energy, is also envisioned.

The Defense Department estimates that its nuclear modernization plans will cost about $450 billion over the next 20 years or so. Outside groups have pegged the price tag much higher and its affordability has been called into question.

If cutbacks to nuclear modernization must be made due to budget constraints or other funding priorities, the Columbia program could nevertheless remain unscathed, said Todd Harrison, director of defense budget analysis at the Center for Strategic and International Studies.

The two nuclear modernization efforts most at risk for delay or reductions would be the new ICBM and air-launched cruise missile because the Air Force still has requests for proposals out for those, he said at a recent conference.

“There’s still an opportunity to affect those programs without creating all kinds of massive turmoil within the acquisition system,” he said. “Things like the new Columbia-class submarine — that’s pretty far along now and that is on a tight deadline to replace subs that are already coming out of service. [There’s] not much margin on that schedule.”

During the 2016 presidential campaign and the transition period, Trump emphasized the need to modernize the nation’s nuclear assets. Analysts see that as a positive sign that funding won’t be cut in this area of the budget.

“I think it will be very challenging for him to walk away from any of the major elements of those programs,” said Andrew Hunter, the director of the defense-industrial initiatives group at CSIS. “[It’s] not impossible but it creates a higher political bar with the statements that have been made.”

Will the Navy be able to afford the existing plans for the Columbia program as well as a 355-ship fleet? “To me that question is another way of asking the more general question of whether the topline will be there for the buildup in general or not,” said Ronald O’Rourke, a naval analyst at the Congressional Research Service.

“The Ohio replacement program is the number one priority,” he said. “That program will be funded one way or the other, and it’s just a question of what the impact will be on the rest of the Navy.”

Looming over the spending debate is the Budget Control Act, and the extent to which Congress will continue using overseas contingency operations funds to bankroll base budget requirements, he noted.

“The key factor is whether we are going to repeal the Budget Control Act or at least significantly raise the defense caps within the Budget Control Act,” O’Rourke said. “If you do that, then this situation becomes a lot easier to implement from a financial point of view. If not, then you really can’t do this without having to seriously reduce other parts of DoD.”

Trump and others have suggested that money for military modernization could be found by eliminating waste, fraud and abuse, and implementing other cost control measures. But analysts said there is a limited amount of money that can be freed up in that way. To buy a large number of additional platforms, the Defense Department will need a higher topline, they argued.

Potential foes like China and Russia are beefing up their navies, stoking concerns among U.S. political leaders and defense officials that the United States’ military edge is eroding. Meanwhile, the Navy’s operating tempo remains high, which has created maintenance challenges that experts believe could be mitigated with a larger fleet.

Shipbuilding is also a source of well-paying jobs, a fact that is surely not lost on politicians like Trump and others who have promised to bolster the U.S. manufacturing sector.

In this context, the prospects for a naval buildup are greater than they have been in a long time, Labs said.

But the Budget Control Act will not be easy to repeal, and the nation faces long-term fiscal problems such as the growth in entitlement spending that could limit the amount of money available for defense in the coming years, he noted.

The political environment “is more favorable now than it probably has been at any time in a decade at least for more shipbuilding funds, perhaps longer,” Labs said. “But a favorable environment does not translate into dollars until … [lawmakers pass] those appropriations bills.”