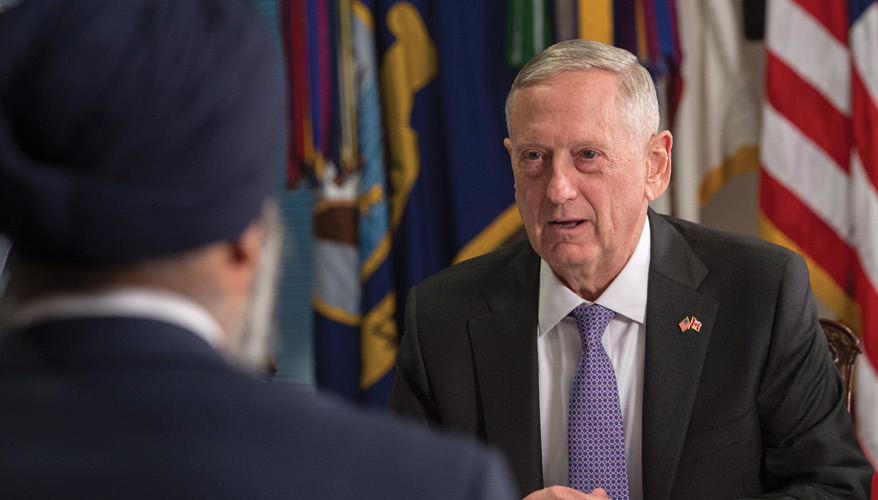 The Trump administration expects to reap major savings by pursuing management efficiencies and reforms at the Pentagon, but analysts are skeptical that the plan will bear much fruit.

In a Jan. 31 memo, Secretary of Defense James Mattis outlined plans for putting together the defense program for fiscal years 2019 through 2023.

“While strengthening the military, the FY 2019-23 defense program must also improve how the department does business,” Mattis said. It will “contain an ambitious reform agenda, which will include horizontal integration across DoD components to improve efficiency and take advantage of economies of scale.”

President Donald Trump has suggested that eliminating fraud, waste and inefficiency at the Pentagon could help pay for a major defense buildup.

“Every time I met with the Trump team when he was the nominee … their belief is viscerally in their gut and emotionally that there is so much waste in defense,” said Mackenzie Eaglen, a military budget analyst at the American Enterprise Institute.

Some reform advocates were buoyed by the conclusions of an internal Defense Department report, obtained by the Washington Post late last year, which stated that $125 billion in savings could be found over a five-year period by eliminating excess bureaucracy and making business operations more efficient.

Mark Cancian, a senior adviser at the Center for Strategic and International Studies, said that estimate is way overblown. “What many people do … is they argue that there’s a lot of potential
duplication and waste … [but they] don’t really have any specifics.”

Eaglen noted that former Secretary of Defense Robert Gates sought about $100 billion in savings as part of his efficiencies initiative that kicked off in 2010. But less than $1 billion in actual savings was realized, she said.

Nevertheless, there are real opportunities to save money including base realignment and closures to eliminate excess facilities, Cancian said. The Pentagon estimated that about $2 billion could be saved annually from another round of BRAC, but Congress has repeatedly rejected the idea, he noted.

Cancian questioned whether there would be enough political will to drive home an ambitious defense reform agenda.

“The bottom line on management efficiencies is that, yes, we could get some savings,” he said. But the Trump team “would have to invest some political capital, and administrations have typically not been willing to do that because they have a lot of other places they would rather spend that capital.”