Analyst: United States Could 'Flip' Russia to Its Side 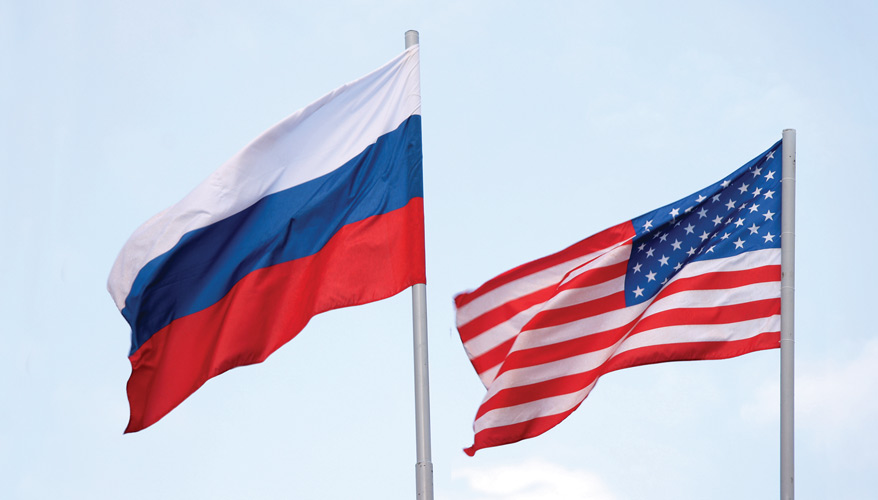 As the United States faces threats from a resurgent Russia, it should consider making it an ally one day, said one defense analyst.

There is “the possibility … that we might be able to flip Russia to our side,” said Andrew Krepinevich, a senior fellow at the Center for Strategic and Budgetary Assessments, a Washington, D.C.-based think tank, during a briefing with reporters.

In a report released by CSBA called, “Preserving the Balance: A U.S. Eurasia Defense Strategy,” Krepinevich argues that the Cold War adversary is “undergoing a slow disintegration.”

“Putin is playing a weak hand well. Russia is a great power in decline,” he said. At the same time, Russia faces threats from China and from terror groups such as the Islamic State, he said.

“Over time, the challenges posed by an expansionist China and a radicalized internal Muslim population may find Russia’s interests becoming more aligned with those of Western Europe and the United States,” he said.

In the report — which is meant to help craft a defense strategy for Eurasia that would prevent the emergence of a hegemonic power — Krepinevich said: “Russia is poorly positioned to engage in a protracted competition with the United States.”

Its economy is only one-tenth the size of the United States’ and its population is half as large, the report noted.

“This suggests that although it is clearly a revisionist power, the threat from Russia may be approaching its high-water mark,” the report said. “Over time it could evolve into a status quo power seeking primarily to defend what it has, rather than what it has lost. Should this come to pass, Russia could emerge as a U.S. security partner.”

In a post-Vladimir Putin world, Moscow may find that its real enemy isn’t the United States nor NATO, but China.

“In the Far East they have a problem with Chinese migration into Siberia. … Siberia is an enormous storehouse of raw materials, which of course, China is the number-one world consumer right now,” he said.

As for the growth of radical Islam in Russia, the issue doesn’t look like it will go away soon, he said.