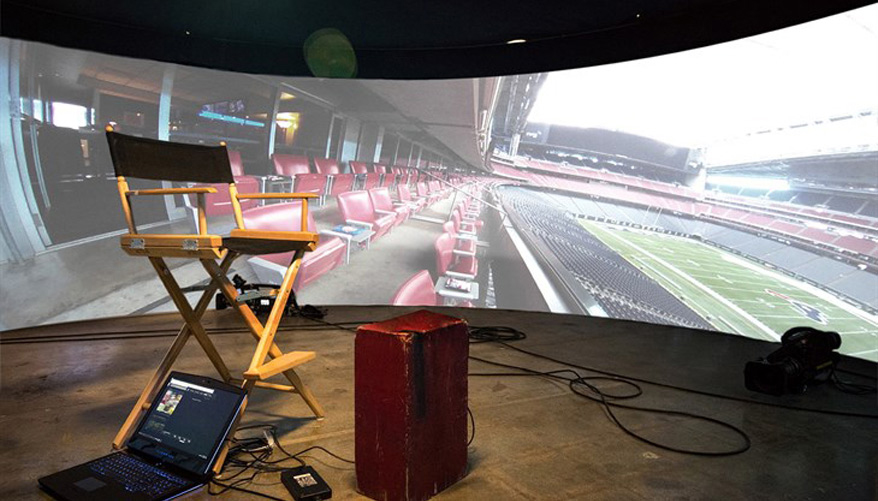 During the recent Super Bowl, a major car manufacturer celebrated the U.S. military by virtually transporting several servicemembers stationed overseas to stadium seats next to their loved ones at NRG Stadium in Houston, Texas.

Every year, advertisers compete for the chance to score coveted airtime during the Super Bowl, guaranteeing hundreds of millions of eyes on their product. Hyundai Motor America didn't show a single car in its 90-second spot entitled "Operation Better:" It was developed just a few months earlier, shot in real time during the game and edited even as the New England Patriots pulled off a historic upset against the Atlanta Falcons in overtime. The finished product aired after the final whistle, before the trophy ceremony.

With support from the Defense Department, the National Football League, Fox News and broadcast companies Film 45 and VRLive, Hyundai and its marketing agency INNOCEAN Worldwide Americas placed three U.S. military members deployed in Poland in separate pods, where they watched 360-degree video panels showing their families at the game. They were able to watch the game and view and communicate in near-real time with their families, who saw and spoke to their servicemembers via a tablet.

The concept was developed by Hyundai and INNOCEAN over the course of several months leading up to the Super Bowl, said AJ Karim, digital production director for INNOCEAN. The team worked with director Peter Berg, who directed films including "Deepwater Horizon" and "Lone Survivor," to bring the concept to life.

It took teams on the ground in Houston, Poland and at Hyundai Motor America's Fountain Valley, California, headquarters to coordinate the use of satellite technology, fiber optics and high-quality cameras to shoot "immersive experiences, 360-degree spherical high-quality video, and beam it across two continents," Karim said.

The team sourced raw 360-degree camera data from three perspectives in the stadium, which was then routed from a stadium suite via fiber-optic cable to a 40-foot trailer that served as a full broadcast studio.

The raw signal was processed and the camera feeds were stitched into a 4K 360-degree spherical video stream. The processing sliced out cylindrical strips of video from each of the feed into one 4K image for satellite distribution, which team members then restitched into a spherical stream once it was received in Poland, Karim said.

The team then delivered each of the live 360-degree video panoramas and projected it into the immersive pods, and five projectors carefully blended the images to create a high-resolution panorama per pod. "Inside each pod, a transitional 2-D camera sent back a video and audio stream via satellite to Houston so that loved ones could see a two-way interaction with our soldiers," he said.

Karim described the production timeline as "very, very accelerated, probably one of the tightest timelines for such a large production that I've been a part of.

"We had a good six weeks to really pull this off, with some things changing as we worked closer with the DoD to understand where we were going to be broadcasting to," he added.

There were several hurdles to overcome, including the limited connectivity around the base in Poland, Karim noted.

"We had to tap into a satellite feed to get all that footage back and forth in as near-real time as possible," he said. But the fact that the project was successful means it could also work in remote locations in the Middle East or Africa, he noted.

Going forward, the team would like to work find more portable and nimble ways to make the experience as real-time, immersive and cost-effective as possible, he said.

Karim said he has not taken part of any conversations with the Defense Department to use this technology again, but noted its benefits for several situations in which deployed troops could better communicate with their families back home.

"I see there's a great application here of how we can really bring families together at important events or important milestones … so it's really exciting to see what next we could do or other people could do," he said. "I think this would be a great use of the technology we have at our fingertips."

Dean Evans, chief marketing officer for Hyundai Motor America, said "Hyundai has always had a strong relationship with the U.S. Armed Forces, and we wanted to give those who make the love and passion for football possible a unique and better experience.”