Canceling Presidential Jet Would Be Problematic 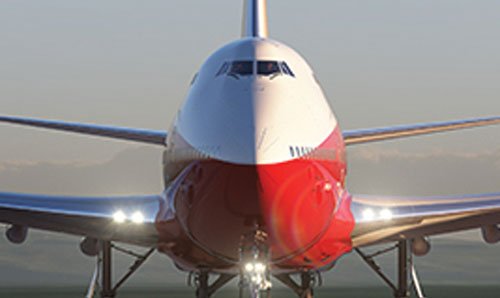 Canceling the program to build a new presidential aircraft, as President Donald Trump has suggested, would bring extra costs to the Pentagon and could potentially leave future commanders-in-chief without needed capabilities, said a leading aerospace analyst.

In December, Trump tweeted: “Boeing is building a brand new 747 Air Force One for future presidents, but costs are out of control, more than $4 billion. Cancel order!”

Richard Aboulafia, vice president of analysis at the Teal Group, said the businessman doesn’t have his facts straight.

“There were so many wrong ideas in the space of 140 characters,” he said.

“No, it’s not a $4 billion program. No, costs aren’t rising. The thing is just beginning.”

The program is currently expected to have a price tag of about $3 billion and Boeing is under contract for just a fraction of that, he noted. “Will it cost more? Maybe, but it’s too soon to know.”

In the wake of Trump’s tweet, Boeing issued the following statement: “We are currently under contract for $170 million to help determine the capabilities of these complex military aircraft that serve the unique requirements of the president of the United States. We look forward to working with the U.S. Air Force on subsequent phases of the program allowing us to deliver the best planes for the president at the best value for the American taxpayer.”

Spending billions of dollars for two aircraft — the main Air Force One and a spare — to ferry the commander-in-chief around the world might sound excessive to those unfamiliar with its requirements, Aboulafia said.

“Everyone has this bizarre idea that it’s just a transport,” he said. It’s also an airborne command post that would enable the president to survive an attack, manage a response to an emergency like 9/11, or wage nuclear war if necessary, he noted.

“Twenty percent of that [price tag] is the cost of the Boeing jetliners,” he said. “The rest is electromagnetic pulse hardening, electronic countermeasures, anti-missile systems, encrypted and secure communications, and even battle management capabilities. … Those things are expensive.”

In the long term, canceling the program probably wouldn’t save a lot of money because legacy aircraft would need to be refurbished and upgraded as threats evolve, he said.

“They would have to do a lot of retrofitting,” he said. “It would be less capable [than a new aircraft] and pretty darn pricey.”

If expensive upgrades weren’t made, the national security community would have to “just accept the idea that in the event of a national disaster, the president would be in a civil jetliner which may or may not survive,” he added.