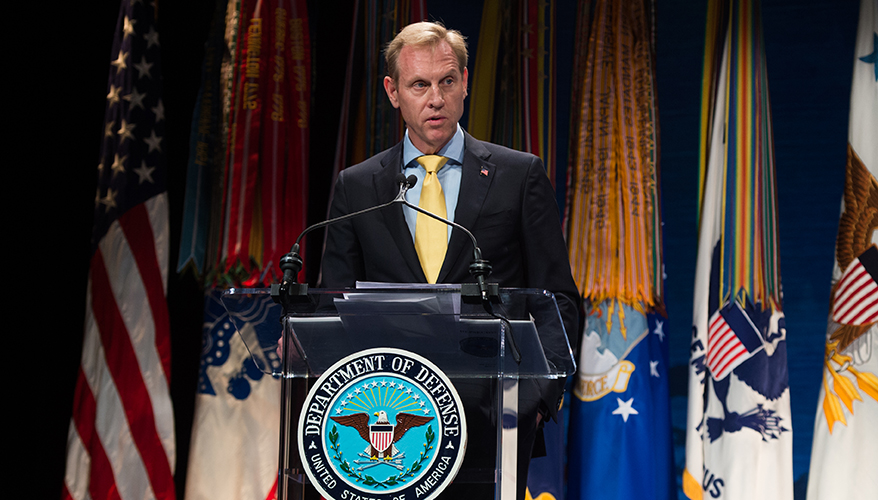 The Defense Department’s annual budget blueprint is supposed to be released in early February. However, the 2018 budget request was delayed until May of this year as the Trump administration settled into office following the presidential transition. Other budget submissions have also come in late in recent years.

“I expect the [2019] budget to come out on time,” Shanahan said during a meeting with reporters at the Pentagon. “That’s the plan that we’re on track to perform to. So that’s really February.”

The 2019 spending proposal was shaped by the new national defense strategy which is slated to be released next month, he said.

“If real change is going to come about from the national defense strategy and not be something that just sits on a shelf, then you have to put resources against it,” he said. “That’s why this budget is very important.”

The 2019 budget “is a step up but … you’ll see it much more alive in POM '20,” he said referring to the next program objective memorandum budget planning cycle. That effort will kick off in January, he noted.

Shanahan aims for the 2020 POM to be a budgetary “masterpiece,” he said. “This is where many of the bets in terms of innovation and some of the new technology will take place.”

Shanahan did not disclose the proposed toplines for 2019 or 2020 that will be part of the Pentagon’s five-year spending plan. But they are expected to significantly exceed the budget caps put in place by the Budget Control Act of 2011. Congress would have to lift the caps as part of a broader bipartisan budget agreement to enable the higher levels of spending.

If lawmakers do not repeal the caps, that would inhibit plans for a military buildup, Shanahan said.

“By definition it slows things down,” he said. “That’s the real risk is … the pace at which we would expect to be able to bring on new capability gets retarded, and then how quickly we can generate readiness gets delayed.”

Meanwhile, lawmakers have yet to pass appropriations bills for the current fiscal year. Congress seems poised to kick the can down the road this week and pass another continuing resolution that would run until the middle of January.

Continuing resolutions, or CRs, are problematic for the Pentagon and the defense industry because they freeze spending at the previous fiscal year’s levels and make it difficult to start new programs.

“We’re hoping that the '18 budget [legislation] comes out before the '19 budget [request is released] but, you know, we’ll see how that plays out,” Shanahan said. The passage of another short-term CR should not affect the Pentagon’s ability to deliver its 2019 budget on time, he added.

Other important documents are slated to be rolled out in the coming weeks along with the new national defense strategy. The new national military strategy — which is prepared by the Joint Staff and is separate from the national defense strategy — will likely be released in January. The results of the latest nuclear posture and ballistic missile defense reviews are expected to be unveiled sometime in February, Shanahan said.