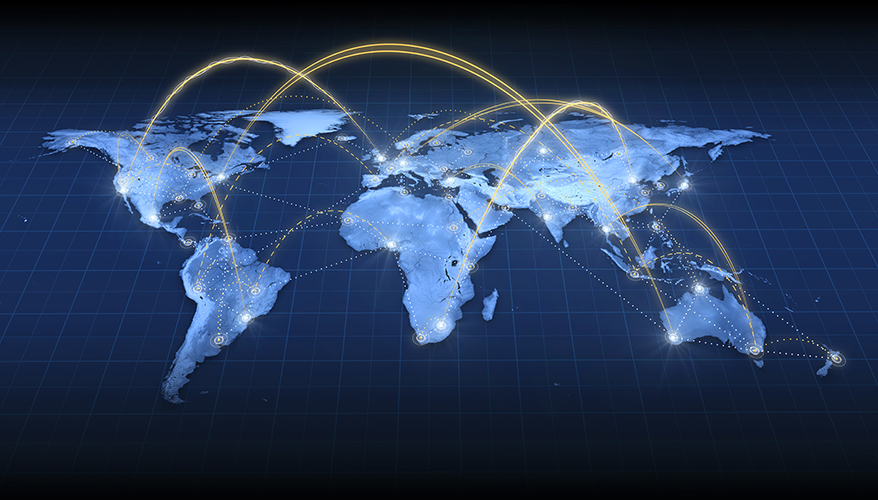 A recently announced enforcement case involving a supplier of military spare parts sends a valuable message to small- and mid-sized defense contractors regarding compliance with the International Traffic in Arms Regulations.

ITAR are the State Department controls that regulate defense products, technical data and services. This case involves Bright Lights USA Inc., a small New Jersey defense manufacturer. According to a State Department charging letter, the company’s business primarily consists of manufacturing minor spare parts — including rubber stoppers, seals assemblies and grommets — for both private- and public-sector customers. Many of these parts transitioned off of the more restrictive U.S. Munitions List beginning in October 2013 as a result of the Obama administration’s efforts to reform the export control regime.

The State Department also said the company posted drawings of controlled items online to solicit quotations, including posting on a manufacturing sourcing website where the drawings could be accessed by foreign persons. State also claimed that the company misclassified certain components.

The directorate of defense trade controls concluded that Bright Lights had “significant training and compliance program deficiencies” and charged the company with a number of violations including: the exporting of ITAR-controlled technical data to foreign suppliers without a license — including to China and India; exporting defense articles without a license to persons in the United Kingdom, Spain, Portugal, Turkey and the United Arab Emirates; and violating the recordkeeping requirements of ITAR-related activities for a five-year period.

While the government can pursue criminal, civil and administrative enforcement for ITAR violations, in the current case Bright Lights was only required to pay a $400,000 civil penalty.

Government contracting firms frequently ask questions about the application of ITAR requirements, including how it is applied to small- and mid-sized companies. The Bright Lights case squarely addresses many of these questions.

For example, does the State Department expect small companies to comply with the regulations, and will it actually pursue enforcement cases against them?

Absolutely yes. Being a small- or mid-sized company does not exempt a contractor from the requirements. These obligations apply to companies large and small, and small contractors do not get a “free pass” due to their size. In fact, some of the most sophisticated U.S. defense technologies are developed by small- and mid-sized firms. This case clearly confirms that the State Department will initiate enforcement actions against small- and mid-sized companies.

Another question is whether or not the State Department is really interested in complex defense systems and end items and not incidental “spare parts.”

State is extremely interested in not just large end items but also in subsystems, parts, components, accessories and attachments for defense products. These comprise an important part of the defense supply chain and the government is extremely interested in compliance at all levels, including by prime contractors, subcontractors, second- and third-tier suppliers and service providers. As the Bright Lights case demonstrates, the State Department will definitely prosecute companies for ITAR violations involving spare parts.

Another common question: If a product was removed from the Munitions List under the reform efforts, doesn’t the government lose interest in the item?

No. As set forth in the Bright Lights case, the State Department will pursue enforcement actions even for products that were removed from ITAR jurisdiction. The government is very interested in theintegrity of the regulatory system — it will pursue enforcement actions even if particular items are decontrolled or transferred to another agency for regulation.

And are the ITAR recordkeeping requirements really that important? Do these warrant diverting valuable compliance resources from other high-priority uses?

The ITAR recordkeeping requirements are extremely important and exporters should treat these seriously. They are an important law enforcement tool for government agencies in conducting export investigations. In addition, if government investigators discover shoddy recordkeeping practices in an investigation, this may suggest that the company has lax compliance procedures and possibly other violations as well. It is imperative for contractors to follow these requirements carefully in their compliance practices. The Bright Lights case clearly confirms that the State Department will prosecute companies for ITAR recordkeeping violations.

Finally, the government wishes to control the export of physical products, but is it also interested in the transfer of ITAR-controlled technical data?

Absolutely yes. In fact, the export of technical data without a license is often considered as egregious as the export of physical products and possibly worse. It should be noted that the regulations also prohibit the disclosure of controlled technical data to foreign nationals in the United States, including to company employees.

The illegal export of controlled technical data — including disclosure to foreign persons in the U.S. and to a company’s own employees — is raised in many compliance cases and is considered among the most serious export violations.

The Bright Lights case sends an important message: export compliance is important for small- and mid-sized contractors. Some of the most sensitive products and services are supplied by small- and mid-sized companies, and the integrity of the defense supply chain is critical for even the smallest of replacement parts and components. The stakes are high in light of the potential civil and criminal penalties, including fines of up to $1 million and 20 years imprisonment.

A first step that small- and mid-sized companies can take to come into compliance with ITAR includes reviewing the jurisdiction and classification of their products and services to determine if they are controlled under ITAR and the Export Administration Regulations.

Based upon these classifications, they can determine the licensing and other requirements that apply, and adopt ITAR compliance programs and conduct employee compliance training. Additional details regarding the requirements can be found in “ITAR For Government Contractors,” which is available upon request from the author.

This article contains general, condensed summaries of actual legal matters, statutes and opinions for information purposes. It is not intended and should not be construed as legal advice.

Thomas McVey is an attorney with Williams Mullen in Washington, D.C., and can be reached at: tmcvey@williamsmullen.com or 202-293-8118.

An Ethics Toolkit for Small Businesses

Can Defense Procurement Be Great Again?