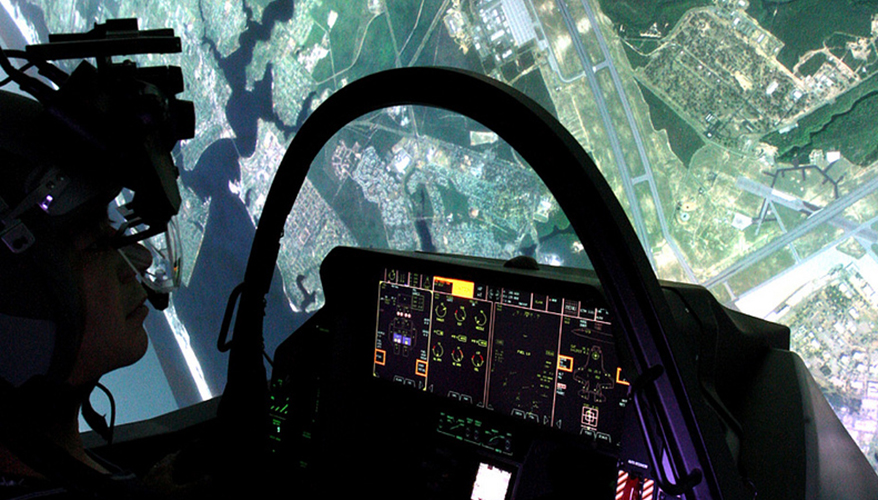 ORLANDO, Fla. — Keeping pace with the worldwide rollout of the F-35, nations flying the fifth-generation joint strike fighter will soon be receiving state-of-the-art simulators to train their pilots and maintainers, a representative of the aircraft’s manufacturer Lockheed Martin said Nov. 28.

There are five training centers in the United States currently, but that will rapidly expand, said David Scott, vice president of business development at Lockheed Martin’s training and logistics solutions division. “Within just a few years, we are going to see over 20 training facilities operating worldwide, which corresponds with the delivery of the F-35 that are occurring to a number of nations,” he told reporters at the Interservice/Industry Training, Simulation and Education Conference sponsored by the National Training and Simulation Association. NTSA is an affiliate of the National Defense Industrial Association.

Training is in progress for 10 military services, which includes the three U.S. services flying the aircraft, five partner nations including Australia, Italy, Norway, the Netherlands and the United Kingdom, plus two foreign military sales customers: Japan and Israel.

More than 520 pilots and about 5,000 maintainers have been trained so far, he said. The program reached a milestone when it recently graduated classes of U.S. Marine Corps and Air Force pilots who have never flown a fighter aircraft. The first batches of trainees were drawn from pools of pilots already certified to fly other aircraft. That is a “watershed event” because the F-35 is a single-seater so the first time a trainee flies the joint strike fighter he or she is on their own, Scott said.

Since the F-35 receives software upgrades as part of its development, the trainers must keep up. They will receive the 3F software packages in two tranches in 2018 to coincide with the upgrades to the actual aircraft, he noted.

Ten full-mission simulator systems were delivered to bases throughout the world in September and October, bringing the total to 50, he said. There will be 70 by the end of 2018 and nearly 100 by the end of 2019, Scott added. The Netherlands, United Kingdom, Turkey, Australia and South Korea will be receiving systems over the next two years, he noted.

Lockheed Martin has also developed a smaller trainer designed for aircraft carriers or places with constrained spaces. “You can still do the same tasks, you can still do the same work, you just don't get ... all the 360-degree visual view,” he said. The company has an even smaller trainer for those who do not need the high fidelity system, he added.

“With an F-16 based system for example, you would spend much of your time out at the flight line taking apart an airplane that actually worked. We don't want to do that in this environment, especially with a stealthy airplane. You don't want to be taking things out and putting things back in if you don't need to,” Scott said.

Meanwhile, Lockheed Martin is under contract with the F-35 program executive office to develop distributed mission training, in which the simulators would be able to fly virtually with other models of aircraft. Currently, up to four simulators at the same facility can connect to each other so pilots can virtually fly together. The program wants to bring in other fighters, tankers and surveillance aircraft simulators from different locations, and connect them all in a virtual network.

“That is a very important part of starting to move the training — not just from qualification but into mission rehearsal activities,” Scott said.

Lockheed Martin is in the final stages of writing a sole-source contract that will define requirements and take the first steps to making this a reality, Scott said.