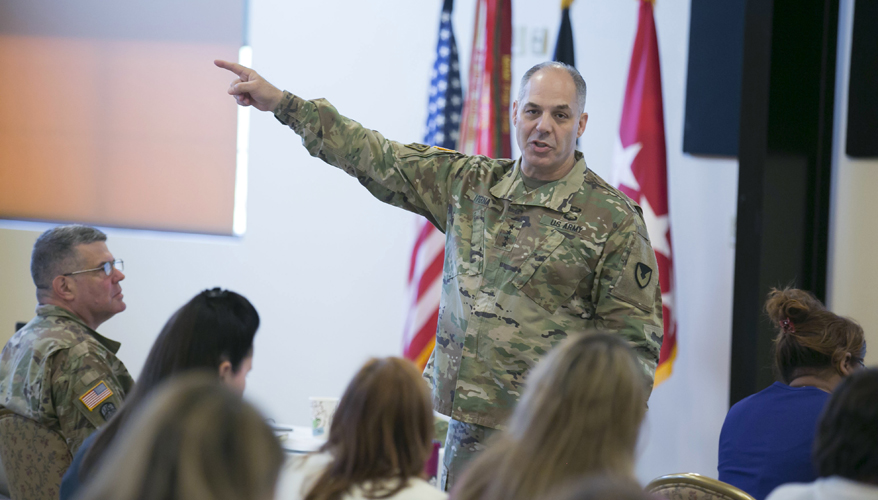 The Army is hoping to save money on repairs and upgrades to military systems by purchasing technical data rights up front. The concept is building momentum, the service’s top logistician said Nov. 1.

Having such rights will increase the efficiency and lower future sustainment costs by allowing the service to expand its options for developing or obtaining repair parts, Gen. ‘Gus’ Perna, commanding general of Army Materiel Command, said during a meeting with reporters in Washington D.C. His goal is to obtain technical data rights for equipment rather than “the entire intellectual property.”

Technical data rights refer to a category of intellectual property rights that includes "any recorded information of a scientific or technical nature," according to information provided by the Defense Information Systems Agency. That could include product design or computer databases, but exclude elements such as source and executable codes, design details or flow charts.

“We want multiple access and availability and we want to maintain good competition and relative prices for the repair parts,” he said. “So intellectual property is very important. This is not something that we’ve been used to doing.”

Companies have been reluctant to give up their technical data rights because it may mean the loss of valuable maintenance contracts. Perna, however, said the Army would pay vendors extra for these rights. Obtaining the desired technical data will increase costs up front, he noted, but will save the Army money in the long run.

AMC has been taking three steps to reach this goal, Perna said. These include engaging with industry; ensuring partnership with the office of the Army acquisition executive; and working with lawyers and contractors on the change. The general emphasized the importance of “breaking the paradigm” and removing attorneys and contractors “off the hamster wheel” of agreements that have not included owning intellectual property.

“It’s not [an] all or none. It’s a ‘let’s understand the cost, schedule and performance.’ Let’s make the operational risk assessment and then let the chief make the decisions,” Perna said. “We’re not on autopilot.”

“Sometimes we don’t need it,” he said. “In my words . . . sometimes there’s equipment that won’t be forward on the battlefield and we can count on industry to maintain it and sustain it. And so is it worth paying all that money for the data rights? No. But if the equipment is going to be forward . . . and I need to reproduce it and control the supply chain, then it’s worth it to go after the tech data rights.”