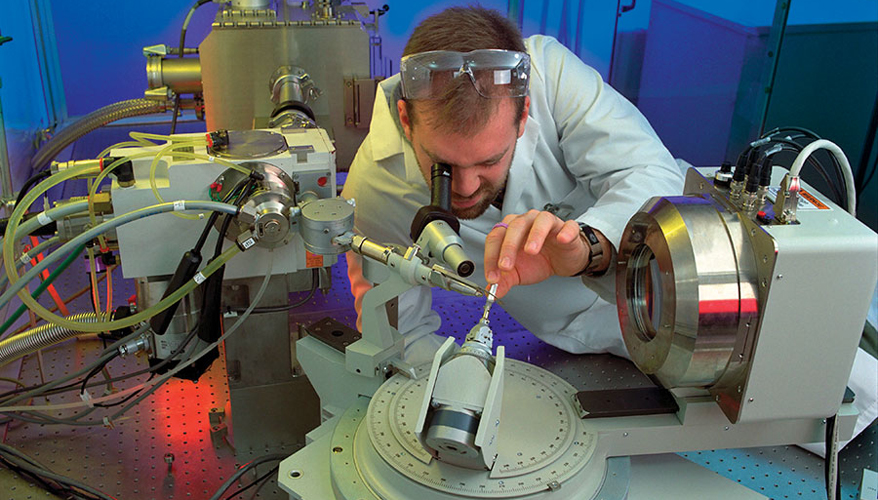 The Army’s future research-and-development spending will be focused on technologies needed to fight a large-scale conflict against advanced adversaries such as Russia, according to defense budget experts.

After more than a decade of focusing on counterinsurgency needs, the Army is now preparing for “the big war,” Robert Levinson, senior defense analyst with Bloomberg Government, said during a recent briefing for industry and media.

Analysts see “continued drive in that direction … for the big state-on-state kind of conflict that the Army needs to deter,” Levinson said.

The service is looking for leap-ahead capabilities, Leuthy said.

The Army plans to invest a disproportionate amount on science and technology efforts relative to the other services, he noted. Spending on basic, applied and advanced technology development would constitute 25 percent of the Army’s research budget in fiscal year 2018, compared with 12 percent for the Navy and just 7 percent for the Air Force.

“They’re really looking down the road,” Levinson said. “They’re investing their RDT&E to get to those technological breakthroughs that will allow them to create a program of record that’s … going to give them a leap in capability.”

“I think what you’re going to see is investments in … automotive technology, composite material technology, alternate weapon systems that could be used on the future ground vehicle,” Leuthy said.

“But you’re not going to see a program of record … over the FYDP. It’s going to be early stage R&D.”

Waiting until leap-ahead technology is ready before going full-bore after a new tank would be wise, Levinson said.

“The Army we think is being smart in saying, ‘Let’s not invest in a brand new program that’s not going to give us a whole lot of new capability,’” he said.

Re: Army R&D Spending Geared Toward a ‘Big War’

And yet these are a drop in the bucket when the black budget is a massive, massive figure much bigger than these figures and in a single year. The Air Force seems to get unlimited R&D and yet the war is won in conjunction, and arguably mainly, by the forces on the ground. They should upgrade the Abrams with the ETC 140mm which should last it for 15-20 years while the replacement tank should then get its funding boost in the early to mid 20's in prep for fielding it soon thereafter. Enough feet dragging. While at it, get an APS that can defeat Kinetic rounds as well. Bradley needs a ton of help if it ever wants to be in the class of the new German IFV's. While researching might be time to stop buying lots of blackhawks, Lakota's and other little fillers. Those pork barrel stuffers are getting the money away from the needed upgrades to the platform (v model of the 60 for instance) and for the new FMVL. Always the Army, and the Marines ,getting the short end of the stick. Make a bigger budget and do it right, a war could cost ten trillion plus in 2 years, I'd rather spend the extra hundred billion a year to prevent that and my kids getting stuck in it.

KevthePope at 10:54 AM
Re: Army R&D Spending Geared Toward a ‘Big War’

Good. It needs to be. We're already regretting letting the Crusader go, as well as follow-on Abrams developments. We're completely out-gunned by most of the rest of the world in the SP gun department.