Navy On Hunt for New Mine Warfare Technology 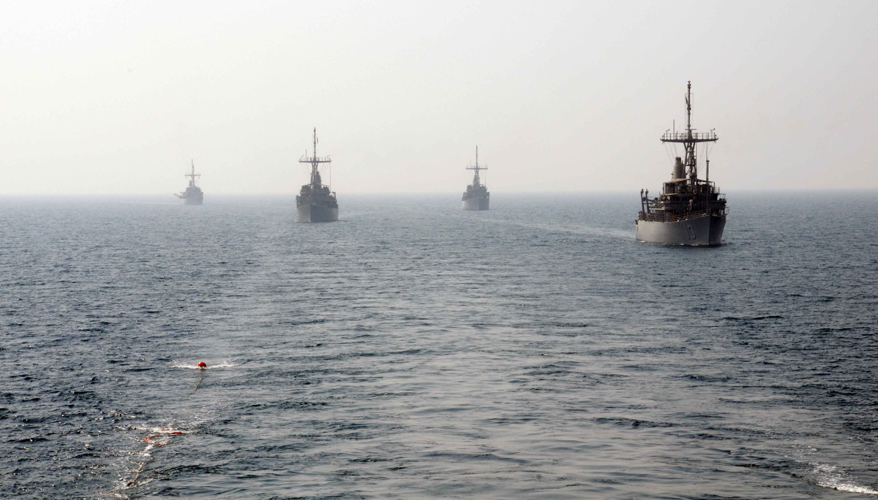 ANNAPOLIS, Md. — As much of the Navy’s counter-mine technology ages, the service is looking for industry to provide it with new, advanced systems, said current and former officials Oct. 24.

“We have a lot interest and a lot of emphasis on mine warfare,” said Neal Kusumoto, director of mine warfare at the Surface and Mine Warfare Development Center, during the National Defense Industrial Association’s annual Expeditionary Warfare Conference in Annapolis, Maryland.

“Right now we’re on an upswing,” he added.

Maintaining them is challenging, but the work must go on until new technology — such as the littoral combat ship’s mine countermeasure mission package, which has been delayed — comes online, he said.

Kusumoto said the Navy needs technologies that can be used for the most challenging mine countermeasure missions.

“MCM is hard. MCM is difficult in any environment. It’s particularly hard for amphibious operations in very shallow water, in beach settings,” he said.

Mine countermeasure platforms must be able to operate in GPS-denied environments and be interoperable, he said. Additional unmanned systems integration, better sensors and improved power and portability are also needed, he added.

Iran, in particular, has thousands of mines that it could deploy up and down its coast in the Persian Gulf, which is also known as the Arabian Gulf, he said. The nation has threatened in the past to close the Strait of Hormuz, an important strategic waterway for international trade.

“It doesn’t mean that they are going to go out one night and … [place] a gigantic minefield in the Strait of Hormuz,” Miller said. Instead, they might place mines throughout the Persian Gulf in certain deepwater channels where large vessels sail, he added.

The U.S. 5th Fleet’s area of operation — which includes the Persian Gulf and the Red Sea — makes it a good place to experiment with new mine countermeasures, he said.

It “represents one of the harshest environments in the world,” he said. “It is the combination of that harsh environment and potential high threats that makes it the ideal place to test cutting-edge technologies.”

“The U.S. Navy’s strategic objective must be to make our adversaries worry about our … [mines] as much as their mines concern us,” he said.