Smartphones to Proliferate Among Dismounted Troops 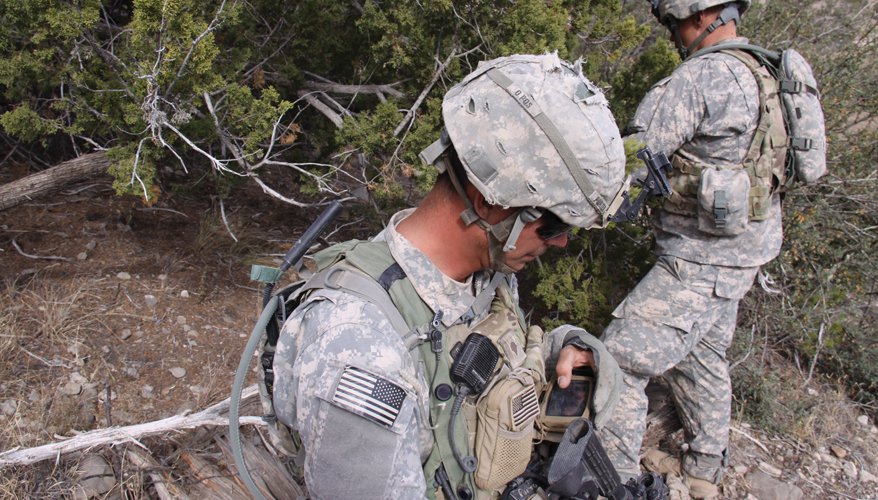 The Army is ready to expand the use of smartphones loaded with command-and-control and situational awareness applications across the service.

The Nett Warrior program, formerly known as Land Warrior, has for more than a decade looked at pushing real-time information down to platoon leaders.

Also known as “dismounted mission command,” it has been widely used in Iraq and Afghanistan and among Army Special Forces. The Army acquisition executive this fall is expected to approve full-rate production, which will total 63,000 systems. That will spread the technology to every Army unit, program officials said.

“We all have a thousand different apps for a thousand different things,” Maj. Trond S. Ruud, assistant product manager for Nett Warrior, said in an interview at the Network Integration Evaluation 17.2 exercise at Fort Bliss, Texas. The vision is to offer the kind of choices consumers have on their smartphones to those who lead ground troops.

The device has many of the basic functions of a smartphone. It has voice and text, can share PDFs or documents, and is able to take pictures so they can be sent to higher headquarters. It also has GPS for blue force tracking.

The device is worn about chest high and is covered by a flap until needed. The platoon leader flips it down to view the screen. The smartphone connects to a radio and a powerpack.

Along with these basic features, there will be a host of Army-specific apps, he said. When it comes to devices for platoon leaders, they should be all integrated onto Nett Warrior, he said.

“It doesn’t make sense for another program to build a box to view something. They can use Nett Warrior and just build an app for that,” Ruud said.

After being vetted by the Nett Warrior program, they will “get their certification with us as an integrated partner, and divest weight from the soldier as well, so you don’t have to carry three different boxes to do three different things. You just have an application on Nett Warrior to do whatever for you,” Ruud said.

Currently, platoon leaders can view live feeds from Army unmanned aerial vehicles such as Gray Eagle, Shadow and Hunter. Another application is enemy aircraft warning. If one is bearing down on a platoon’s position, an alarm is sent through the smartphone.

“Instead of a box, they do their call for fires on their … app on Nett Warrior,” Ruud said. Forward observers and fire-support teams use the app to transmit and receive messages.

“Fire control at the squad level — we have never had that before,” Maj. Gen. Eric J. Wesley, commanding general of the Army Maneuver Center of Excellence told National Defense. “We have had it in the heavy formations for years. It is now getting to the point where we can migrate that technology onto an individual weapon system.”

Imagine an insurgent or a sniper in an urban environment in a window, he said. “You might use mortars, you might use air, but there might be significant collateral damage. If you can create precision fires within the squad level to handle that … problem, then you might have the ability to defeat the threat without creating collateral damage.”
Wesley said Nett Warrior will be a boon to the Army.

“We have got to empower lower echelons and individuals. And having that connectivity is critical,” he said.

“The other problem we’re having … is that connectivity is not always going to be pristine because that is one of the domains that our near-peers are attacking. It means we have to migrate capability to the squad level, so they are not solely dependent on high echelon capacity.”

Army leaders for years have debated how much information needs to go below squad or platoon leaders. Whether all dismounted troops need Nett Warrior functions is still being “worked through,” Wesley said.

There could be utility to doing that, but when factoring in the cost of expanding it to every soldier, there might be more important funding priorities, Wesley said, stressing that this was his opinion, not an Army position.

Along with adding new applications, Ruud said the program is looking into WiFi for the individual soldiers to eliminate the wires that connect the phone to the radio and battery.

Other applications being developed for dismounted mission command include: map overlays, 3D map views, route planning and navigation, and precision navigation and timing in GPS-denied environments.