Termination of F-35 Is ‘Within the Realm of the Possible’ 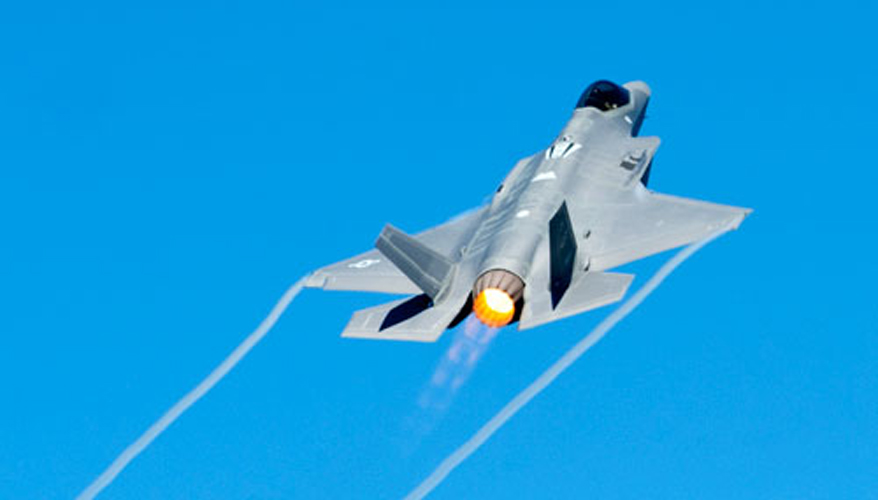 President-elect Trump has been highly critical of the Pentagon’s $400 billion acquisition project.

“The F-35 program and cost is out of control. Billions of dollars can and will be saved on military (and other) purchases after January 20th,” he tweeted last month.

He has asked Boeing to “price-out a comparable F-18 Super Hornet” as a potential alternative to the joint strike fighter, he said in a subsequent tweet.

During a meeting hosted by the Air Force Association, Secretary of the Air Force Deborah Lee James was asked about Trump’s statements and whether the future of the program could be in jeopardy.

“Any new administration, any new commander-in-chief can certainly order a termination, a left turn, a right turn, a different approach to any system,” she said in what may be her last public appearance as head of the Air Force. “All of that is within the realm of the possible.”

She expressed hope that Trump and his team would seek out the advice of service leaders, and that Air Force Chief of Staff Gen. David Goldfein would be able to persuade the White House to keep the program alive and on track.

“One of the things that would occur is the new team would turn to the users, the people who set the requirement in the first place, and they would certainly seek their input and get their opinions on these matters,” she said. “Everything that I know from the chief requirements officer of the Air Force, namely the chief of staff of the Air Force, is that the requirements of the F-35 are crucial and that the program is coming along.”

During her remarks, she noted the need for modernization and preparing to fight high-tech adversaries. The F-35A, which achieved initial operating capability last year, is the service’s top acquisition priority.

The aircraft is “performing magnificently,” James said. “It’s a cut above anything the pilots had ever seen before and we need it.”

“It’s a little bit apples and oranges,” she said. “I have to believe that before any final decision would be made with respect to a major shift, [Goldfein] would be consulted.”

While some of Trump’s advisers want to “tear open” the program, influential voices at the Pentagon might be able to prevent any major cutbacks, said Mackenzie Eaglen, a defense analyst at the American Enterprise Institute.

Marine Gen. Joseph Dunford, the chairman of the joint chiefs, and retired Marine Gen. James Mattis — who was tapped by Trump to be the next secretary of defense — might serve as powerful advocates for the joint strike fighter, she said.

The Marine Corps is “all in on this program,” Eaglen said in an interview. Having current and retired Marines in the top slots at the Defense Department may impact the trajectory of the project, at least in the near term.

“They may be able to push back successfully on any Trump team inclinations to want to tear open this program and take it apart ... and see if they come out with the same number” of required aircraft, she said.