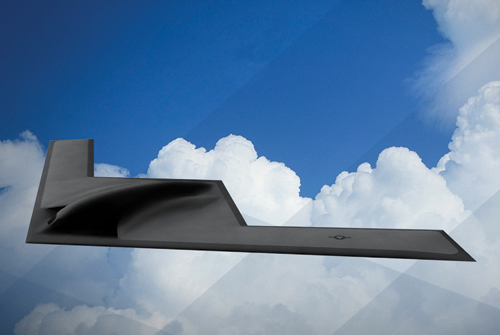 The Air Force plans to upgrade its arsenal of intercontinental ballistic missiles and strategic bombers, but it’s unclear where the money will come from.

In the 2020s the Pentagon will be facing large bills for nuclear modernization. The annual cost is expected to be $12 billion to $18 billion higher than the amount spent on strategic forces in recent years, according to the Defense Department’s cost assessment and program evaluation office.

Congress has created a special national sea-based deterrence fund outside of the Navy’s regular shipbuilding budget to pay for research and development and advanced procurement of the Ohio-class replacement ballistic missile submarine. Construction of the lead ship in the class is slated to begin in fiscal year 2021. The Government Accountability Office estimated that the overall program would cost $96 billion.

Air Force leaders have suggested that the service might want a similar fund to help pay for its nuclear modernization programs.

“If you have funding that’s set aside for one piece it makes sense to have funding set aside for the entire [nuclear] enterprise,” said then-Air Force Chief of Staff Gen. Mark Welsh during a breakfast with reporters shortly before he retired in June.

“Whether it’s … an Air Force fund or one [joint] nuclear fund or no extra funds at all, I don’t think it really matters. But we just need to have a fulsome debate about where are we going and prioritizing of resources,” he added.

The service is pursuing a new long-range bomber, the B-21, and has plans to procure a replacement for the aging Minuteman III missile system. A top congressional staffer said the Air Force might not benefit as much from a separate deterrence fund to help foot the bill.

“The cost of the Ohio replacement is so disproportionate to the [Navy shipbuilding] account that just buying the submarine basically shoves all the rest of the procurement out,” said Bob Simmons, staff director for the House Armed Services Committee, during a meeting with reporters.

“It’s not quite the same problem in the Air Force,” he said. “I don’t know that it needs something to pull it out so that there’s breathing room for the rest of aircraft procurement. We’ll have to see.”

The new bomber fleet, which is also geared toward non-nuclear missions, was estimated to cost about $80 billion if 100 aircraft are procured. The Minuteman III successor, known as the ground-based strategic deterrent program, was projected to cost about $62 billion.

Some analysts have argued that the ICBM arsenal should be scrapped to save money. But Welsh said that leg of the triad is a relatively economical option in some respects.

The ground-based missile force is “really cheap compared to … operating a submarine or operating a bomber fleet,” he said.

The annual operating cost of the Air Force’s strategic deterrent is about five percent of the service’s budget, he noted. “It’s just not as expensive as everybody seems to think it is.”