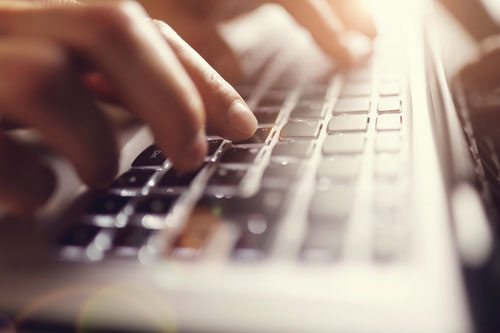 Through the use of artificial intelligence, Armorway, a Venice, California-based company, is predicting when terrorists or adversaries will attempt to strike a target, giving security professionals the chance to take preventative action.

Armorway provides its customers with “intelligent adaptive solutions,” said Zaré Baghdasarian, co-founder and CEO of the company. Adversaries “learn and adapt. So as a security [precaution], we have to be the same way, adaptive, and stay one step ahead of them.”

The company uses game theory to predict when an adversary may try to breach an organization’s security, Baghdasarian said.

“You cannot provide 100 percent security. Your security breaks down when adversaries predict what you’re doing,” he said. “You have to be unpredictable so they never know where you’re going to have security officers. … Basically you keep the enemy guessing by providing more intelligent, adaptive solutions.”

For example, the Coast Guard uses the technology for port security in New York, Boston and Los Angeles, he said. If a terrorist wanted to attack a port, they would study patrols and try to find a time where there was less security.

“Because we have limited resources, we cannot do 24/7 protection,” he said. “They see when the patrol patterns of the Coast Guard … [are] and they try to attack when there are no patrols or there is no protection. They find a hole … [and] as soon as they figure out where are the holes in the system, they penetrate.”

LAX has eight roads that lead to the airport and checkpoints are set up periodically along the way to check cars for things such as explosives. If a terrorist knows that there is police presence everyday between 10 a.m. and 5 p.m., then he will come at 7 p.m., Baghdasarian said.

“When do you set up the checkpoints? Do you [do it] 24/7? Do you check every single car? Physically, that’s not possible. You don’t have the resources to do that. The cost is too high,” he said.

Armorway, using intelligence data that draws on everything from passenger load numbers to traffic changes, creates a schedule that makes it difficult for a terrorist to predict when there will be increased police presence. “Now you assume when you go to LAX there is a checkpoint.”

Cybersecurity Executive Order Can Only Do So Much; New Legislation Needed, Official Says