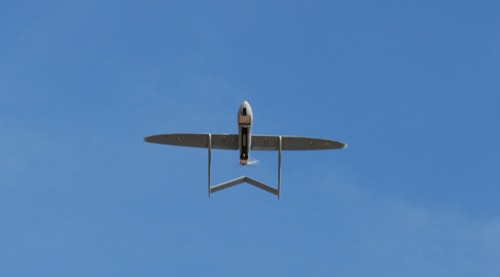 Aerosonde UAV
Blackstone, Va. — Textron Systems, the manufacturer of military unmanned aerial vehicles such as the Shadow, recently opened an expanded center for UAV training and maintenance in Southern Virginia, officials announced May 9.

Textron is moving its training and global service facility from Fort Pickett, Virginia, to Blackstone. Known as the Unmanned Systems Service & Support Center, the facility will be used to host the company’s schoolhouse for operators and maintainers of the Aerosonde small-unmanned aircraft system. Sustainment operations for the drone will also take place there.

Textron has had a presence in Blackstone since 2010, where it has trained hundreds of unmanned aircraft maintainers and operators, said Bill Irby, senior vice president and general manager of Textron system’s unmanned systems division. It expanded its footprint on the Allen C. Perkinson Airport/Blackstone Army Airfield taxiway with two new buildings.

“This new set of buildings that we’ve set up is about 15,000 square feet of facility,” he said. “It’s a significant improvement over what we had before. The facilities in the past were adequate from a space perspective, but we look at this as a significant enhancement … for efficiency, product quality and enabling growth as we go forward.”

“We’re responsible for everything — operators, maintainers, equipment, spares, logistics, everything,” Phillips said. When “we fall into a site we bring tents, shelters, generators, our own power, our own Internet.”

Much of the new Blackstone facility had to be put in place to execute those contracts, he said.

All new Aerosonde systems will be assembled at the Blackstone facility and then flown to verify that they are operational, Phillips said.

Aerosonde is classified as a group two unmanned system. It weights 75 pounds and can carry 20 pounds of payload, he said.

“We’ve done a lot of work with the system, working with SOCOM, to make the aircraft in its class really the most capable … in terms of its ability to carry multiple payloads,” he said. The system can carry and power four separate payloads at the same time. That includes an electro-optic infrared camera that can deliver real time full-motion video, he said.

Textron is able to fly the system — along with its Shadow M2 — under a Federal Aviation Administration certificate of authorization at the Blackstone facility. The company obtained the COA with the help of Virginia Tech’s Mid-Atlantic Aviation Partnership and a company known as a UAV Pro.

In late 2013, the FAA selected MAAP to lead one if its UAS test sites to gather information on integrating drones into the national airspace. The partnership is a collaboration between Virginia, New Jersey and Maryland.

“As Textron grows down here providing platforms like the Shadow ... [and] some of their other platforms like the Aerosonde, we’re able to take the research of integrating here in a class D airport working right alongside with manned aviation, with DoD assets, with parachute jumpers, and we put that body evidence together to go to the FAA and show them that safe integration can happen,” Mooney said.

Aerosonde is a runway independent unmanned aircraft system and has its own launch and recovery system. It takes off using a catapult and is caught upon descent with a net. The launch and recovery system can be transported via a Humvee or truck, Phillips said. In April, Textron announced a new expansion of the Aerosonde platform that would give it vertical takeoff and landing capabilities.

“Aerosonde was really designed for operating in expeditionary environments where you don’t have a big footprint,” he said. 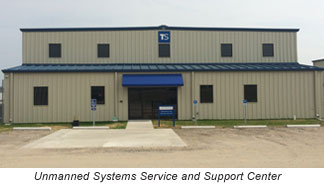 The system has been used by organizations such as the National Oceanic and Atmospheric Administration to collect information from the eye of hurricanes, Phillips said.

The company recently submitted a proposal to fly Aerosonde off of the Coast Guard’s national security cutters, Phillips said.

“We’re excited about that opportunity. We’ve done a lot of work with the Coast Guard over the last year to help get that program defined,” he said.

The company expects an award to be announced in June, he said. While the program is a small contractor-owned, contractor-operated contract for just one ship, Phillips said he expected the service will eventually outfit its entire fleet of NSCs with unmanned aircraft.

Textron is also pursuing international sales of Aerosonde. The company recently signed a memorandum of understanding with Qatar for the UAV, Phillips said.

“The MOU is kind of an agreement to work collaboratively towards a contract,” he said.

The contract would include between four to six aircraft, a ground control station, a launch and recovery system and training of operators and maintainers. Additionally, Textron would offer Qatar services and support.