Amazon Cracks Code on How to Attract Innovators to Federal Market 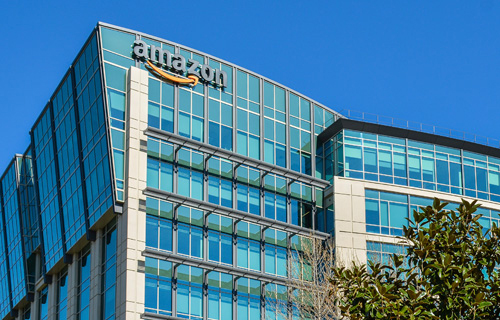 Thousands of pages of legislation have been passed by Congress over the years in efforts to overhaul the government’s procurement system. So it might come as a surprise to policy makers that one of the most transformative forces in the federal market of late is not a piece of legislation but insurgent industry player Amazon Web Services.

The AWS cloud computing approach to managing government data and software is slowly changing how federal buyers acquire tech services and cybersecurity products — and in the process is luring new vendors to the federal sector, industry executives said.

National security agencies like the Defense Department, the Department of Homeland Security and the intelligence community have launched massive outreach campaigns to attract tech startups and innovators to do business with the government. These efforts often have fallen short for being tone deaf to the economic forces that drive the tech industry, analysts said.

The cloud computing revolution that AWS has accelerated — and its increasing influence on the government’s thinking on cybersecurity — has drawn the attention of many firms in the tech sector. As a result, more companies are now contemplating government work, executives told National Defense.

The adoption of Amazon’s secure cloud services in the intelligence community and other agencies — timed with the rise in federal cybersecurity spending — has opened up opportunities for vendors much like the Apple app store did for software developers when it launched eight years ago. AWS has only been in the government market a few years. It made a big splash in the federal sector in 2013 when it beat incumbent contractor IBM to win a $600 million CIA award to build and maintain a secure cloud for 17 intelligence agencies.

The Amazon cloud model has made it easier for government buyers to procure software, and has created new channels for vendors to sell products, said Kirk Spring, president of SafeNet Assured Technologies, a cybersecurity company in Abingdon, Maryland.

As cyber attacks against military and civilian government networks become more frequent and more sophisticated, one of the hottest markets right now is for data encryption apps, Spring said.

Vendors that become AWS certified partners can tap into the growing demand. The intelligence agencies are avid consumers of cybersecurity products and the planned movement to the Amazon cloud is good news for the tech industry, Spring said.

The secure government cloud, which Amazon calls C2S for commercial cloud services, only allows U.S.-based suppliers. The intelligence community plans to be fully operating in the AWS cloud by 2019 or 2020. Amazon executives have projected further growth across the federal market as more agencies invest in modern infrastructure and transition old-school data centers to cloud-based models.

Registered C2S providers are “putting technology in the cloud,” Spring said. “It does allow us a greater reach into the customer base. For the customer, this is a new way of thinking. They are trusting AWS to house data and apps.” Vendors post the apps, and AWS does the monitoring and billing.

Brian Wilson, senior vice president of Zenoss Inc., a cybersecurity and information technology company in Austin, Texas, predicts sales in the defense and security market will grow as agencies embrace the cloud. The federal government today makes up less than 25 percent of the company’s business.

The government's move to the cloud and AWS in particular have shaken up the procurement ecosystem, Wilson said in an interview. “AWS introduced the intelligence cloud. That led Zenoss to launch services inside the AWS marketplace."

“That has been the most significant procurement change that I have seen in the last 12 to 18 months,” he said. Since Zenoss' products and services started being hosted in AWS, other agencies like DHS and NASA have become potential new buyers, Wilson said. “AWS is opening the government’s eyes to the fact that the cloud can be very secure and provide the benefits that have been promised.”

Just two years ago, it was rare to have cloud computing as a central topic of meetings with government buyers, Wilson said. “Today it comes up in every discussion. To have the senior leadership of the CIA encouraging folks to buy from AWS is new.”

For buyers, the economics on the cloud are staggering, Wilson said. The government can buy IT services for one-tenth of the cost of traditional approaches, he said. And the intelligence cloud meets stringent security requirements. “The promise has been there for 10 years,” Wilson said. “The government is betting big on cloud.”

The Defense Department, Halvorsen noted, is “slightly ahead of most of the Fortune 50 in the use of cloud.” The next step is to create a marketplace for the private sector, he said. “To start being competitive the next thing is to look at how we bring industry into on-premise cloud offerings."

Some FAQs Answered About the New Cybersecurity Rule

CMMC 101: A Primer to the CMMC Program