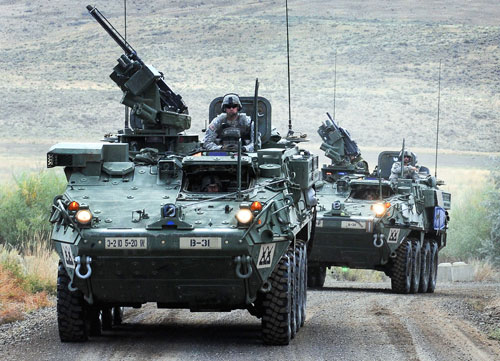 The Army is preparing to fight high-end adversaries, but budget cuts and other investment decisions have put it in a unique modernization hole, a defense analyst said in a recent report.

During the acquisition drawdown between fiscal years 2008 and 2015, total obligation authority for Army modernization fell 74 percent in real terms, from $90 billion to $24 billion. Meanwhile, procurement dropped 78 percent and research, development, test and evaluation funding declined 52 percent, according to Rhys McCormick, a researcher with the defense-industrial initiatives group at the Center for Strategic and International Studies.

“This … modernization drawdown is a triple whammy for the Army,” he said in the report, “The Army Modernization Challenge: A Historical Perspective,” released in March.

Compared with the post-Vietnam and post-Cold War drawdowns, the Army’s modernization funding authority has taken a larger percentage cut this time around. The decline in RDT&E money is also steeper. Faced with smaller budgets, the service has elected to prioritize funding for readiness and force structure at the expense of modernization, McCormick said.

The triple-headed problem is compounded by the “lost decade” in Army acquisition in the 2000s, when a number of major procurement programs were canceled, including Future Combat Systems, he said.

“While the Army did field new platforms such as the [mine-resistant ambush protected vehicle], Stryker and Gray Eagle, it did not complete the large-scale procurement of new weapon systems as in previous drawdowns,” he said. “Moreover, these acquisition programs were suited for meeting immediate wartime demands, not necessarily the future strategic operating environment.”

Going forward, Army procurement efforts will encounter increasing competition for resources because the Defense Department is facing a modernization “bow wave” in the early 2020s. Meanwhile, not a single Army program made the list of the Pentagon’s top 10 acquisition programs (measured by projected funding) leading up to the bow wave, McCormick noted.

“Even if the defense budget increases in the coming years, the Army will face stiff competition for that increase from the Air Force and Navy to fund the acquisition programs driving the modernization bow wave,” he said. “The ‘hollow’ buildup of 2000 to 2008 and the unusually large reduction in R&D in this drawdown, means that the Army’s recovery will be much more difficult than in previous drawdowns.”

Help is not on the horizon, he said. “Continued failure to fund modernization will leave the United States with an Army unsuited to handle the future geostrategic environment. Yet, budgetary relief to modernization accounts remains unlikely for at least the near future.”