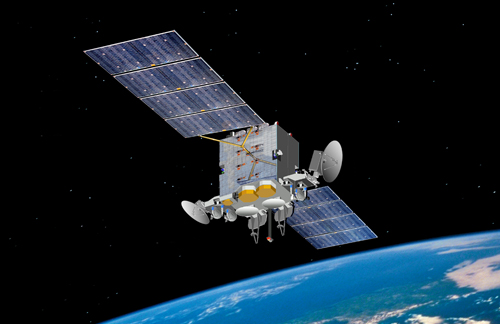 COLORADO SPRINGS, Colo. -- Deputy Secretary of Defense Robert O. Work, hinting at an arsenal of U.S. space weapons, said if the nation's satellites were ever attacked the military would "knock out" its opponents.

"We want to reveal capabilities for deterrence. We want to conceal capabilities for warfighting advantage," he said in a speech April 12 at the Space Symposium. Using a boxing analogy, Work said if an enemy attacked U.S. space systems, it would not take the punches, as Muhammad Ali did in his "rope a dope" tactic, but hit back like Mike Tyson and "knock them out."

"All I'm saying, when it comes to resilience and mission assurance, is that I would like our adversaries thinking about the way we might prevent them from using space," he said.

Gen. John Hyten, commander of Air Force Space Command, said the Air Force would be sharing its new vision for space in a classified session at the symposium, but its personnel would also be making site visits to brief defense contractors.

While Work did not mention what kind of offensive means the U.S. military possessed, he did spell out what potential adversaries might use, including missiles, micro-satellites that can attack other spacecraft and lasers that can blind or damage satellites.

Changes to the military's practices and posture have already begun that will improve the affordability, capability and resilience of U.S. space systems, he said.

There will also be a "change in mindset" among senior Air Force space leaders from being  managers of space programs to "steely-eyed missile men or a steely-eyed space warriors," he said. If there is a war on Earth, there is a good chance it will extend into space. Leaders will have to improve their situational awareness and be able to fight through any attacks while maintaining the services ground troops depend upon, he said.

The newly created Joint Interagency Combined Space Operations Center will allow the military to look at battle management and command and control capabilities. The experimental unit will feed new tactics, techniques and procedures to the force, he said.

"We are absolutely confident that we are going to be able to survive any type of concerted attack on our capabilities, and we will continue to be able to provide the space support that our war fighters need," Work said.