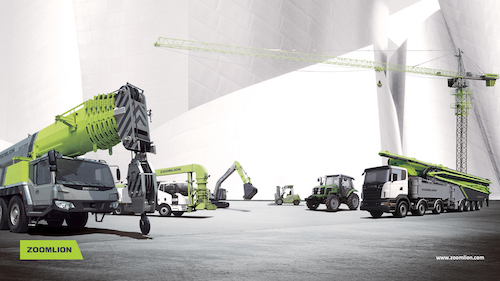 Mistrust of China and wariness about its cyber spying are fueling a public policy campaign to halt a corporate acquisition involving a U.S. defense contractor.

The debate surrounding anunsolicited bid by China’s industrial equipment manufacturer Zoomlion to acquire Connecticut-based Terex Corp. has turned into a microcosm of deeper foreign policy and security issues. The potential acquisition is drawing increased attention in Washington and stirring speculation about China using its industrial and financial clout to gain leverage against the United States.

Members of Congress have urged the U.S. government to scrutinize the deal because of Zoomlion’s ties to the Chinese government and the People’s Liberation Army. Security concerns aside, opposition to the deal also is motivated by business reasons, as Zoomlion’s offer has disrupted Terex’s merger with Finland’s Konecranes. The European firm was in the midst of merging with Terex before Zoomlion come in with a bid, and talks were suspended as Terex leaders weigh their options.

Amid the wheeling and dealing, a number of corporate consultants and retired military officers have jumped into the public relations fray, raising alarms about the prospect of Chinese cyber spies having direct access to sensitive military data.

Terex provides vehicles and port security equipment to the Defense Department and the Department of Homeland Security. The company said Zoomlion’s offer is still under review and that negotiations continue.

The rhetoric reached new levels last week at a U.S. China Economic and Security Review Commission hearing on Capitol Hill. Experts warned that China’s corporate governance reforms since the mid-1990s have made it more difficult to determine whether some corporations are government-invested or government-owned enterprises.

“A really good example of this is Zoomlion Heavy Industry, which has been making a lot of news lately with its takeover bid of Terex,” said Adam Hersh, a visiting fellow at Columbia University. He said Zoomlion has a complex governance structure that complicates efforts to understand who its investors and owners are.

Several retired U.S. military officers have aligned themselves with Konecranes to oppose the acquisition of Terex. Two four-star generals who spoke with National Defense on condition of anonymity said they were alarmed by the possibility of a Chinese company being in charge of contracts to supply equipment to the Defense Department. Terex has 97 government contracts with organizations such as the U.S. Army and the Marine Corps for cargo handling and other logistics support vehicles.

One retired general said he fears the takeover might be approved without a proper review by the Committee on Foreign Investment in the United States, a multiagency body led by the Treasury Department. “Are the right individuals aware of the ties Zoomlion has with the PLA?” he asked. Because of some sensitive defense contracts that Terex has, “my concern is that this be given the due review so we protect the things we need to protect.” He noted that Terex’s contracts give the company direct access to military computer networks such as logistics systems. “That’s an important thing,” he said. “These systems have information about our tactics, techniques, procedures, movements of supplies. For someone to have access to that, that gives them a one up, it creates a risk that is not acceptable.”

A second retired general said this acquisition should raise alarms. He pointed out that the president of the United States, for the first time since the 1930s, no longer stays at Manhattan’s historic Waldorf-Astoria during the annual United Nations General Assembly because it was bought by a Chinese company. “I would think if you take a look at CFIUS, this deal would definitely be an issue for them to take a look at.” With Terex involved in military vehicle operations in the field, the retired general said, “you open a number of paths to be able to mine information.”

These lawmakers’ statements echo concerns cited by the Pentagon in its annual report to Congress on China’s military capabilities. “China continues to leverage foreign investments, commercial joint ventures, academic exchanges, the experience of repatriated Chinese students and researchers, and state-sponsored industrial and technical espionage to increase the level of technologies and expertise available to support military research, development, and acquisition,” said the report. “China’s long-term goal is to create a wholly indigenous defense industrial sector, augmented by a strong commercial sector, to meet the needs of PLA modernization and to compete as a top-tier supplier in the global arms market.”

A Zoomlion representative, speaking on background, said the risks are being exaggerated and noted that Zoomlion is a commercial company that is looking to grow its global market share, as all its competitors are. But he recognized that the politics surrounding this deal are getting tougher. “The temperature is a bit higher than you might want it. I don't think that's directed at us. It's the general climate,” he said. Whether politics will interfere with the regulatory process remains to be seen. “They're quite divorced.”

According to a ChinaBusinessNews.com report last week, Terex has asked Zoomlion to raise its $3.3 billion takeover bid. “We believe that the latest development in this case suggests that contrary to what the market experts thought, the major worry for both companies is settling on a price rather than worry about the U.S. government’s block on the deal.”

Defense Contractor ‘Reinvents Itself’ to Operate Under Foreign Ownership