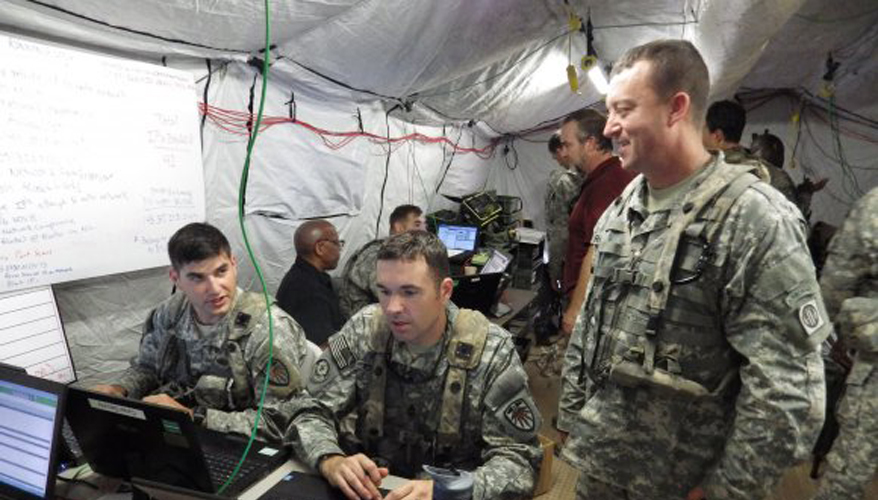 ORLANDO, Fla. — The Army is kicking off an effort to build a new cyber training range for both offensive and defensive network operations, a service official said Nov. 29.

The military has “many skilled operators that have to maintain proficiency in both defending against enemy cyber attacks and … [conducting] offensive cyber operations. They need a training range in order to do that,” he said during remarks at the National Training and Simulation Association’s annual Interservice/Industry Training, Simulation and Education Conference.

While cyber training ranges exist already, this one will offer uniformity between U.S. Cyber Command and Army Cyber Command, he said. They will have common tools and be able to connect with each other for exercises.

“We’re very excited to have that mission and to be able to support that and expand that capability,” he said.

In October, the service released a request for information from industry to solicit information on possible technical solutions as well as cost and schedule requirements related to the persistent cyber training environment, he said. Additionally, the service in November held an industry day hosted by the Association for Enterprise Information, Cole said.

The event, which took place in Orlando, Florida, "provided an overview of the cyber training environment requirements, the concept of operations and invited industry to give us their feedback,” he said. “We will follow that with a formal RFI.”

The service is also building a new Army Cyber Command complex at Fort Gordon, Georgia. Secretary of the Army Eric Fanning and other service leaders broke ground on the construction site Nov. 29. The effort is expected to take two and a half years to complete, the Army said in a news release.

“What we're building here won't be your typical government facility. It will be the U.S. Army's premier warfighting platform for cyberspace operations,” Fanning said during remarks at the ceremony. “It is the weapon system that will ensure our cyber warriors go into battle with the tools they need, and so that all our soldiers can operate in more secure environment."

The service is also investing in new medical simulation technology, Cole said. The tactical combat casualty care system is a portable kit that allows soldiers to train for treating wounds, such as applying tourniquets.

“We’ve had home station medical simulation capability for years now, but once the soldiers deployed they lost that training capability,” he said. “Now we’ve given them a kit … that they can take with them when they deploy to maintain their … proficiency in a very austere deployed environment.”

The kit includes high fidelity manikins that can “breathe and bleed” and a system that can evaluate the performance of the soldier, Cole said.

“They can capture the exact performance of the medical soldier that was putting on the tourniquet, that was putting in the chest decompression needle to make sure it was done to standard and get good feedback,” he said.

The service has begun fielding the system, he added.