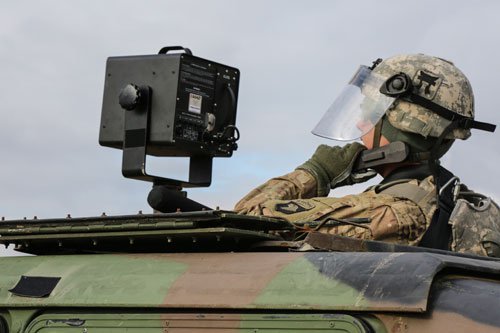 The U.S. military — particularly the Army — is at dangerously low levels of capability, capacity and readiness to address increasingly daunting national security threats around the globe, according to a report released Nov. 15.

The Heritage Foundation — a Washington, D.C.-based think tank — released its third annual Index of U.S. Military Strength, which said the U.S. military is crippled by budget cuts that impede modernization programs. The report echoed the conclusions of the prior two years.

The report's authors assessed three areas of study: the state of the global operating environment, threats to U.S. interests and the status of U.S. military power. They posit whether the services can handle two major wars simultaneously or in a short time frame, and conclude that current forces would be "hard-pressed" to successfully engage with two competitors at the same time.

The report overall rated the United States' military posture as "marginal," and trending toward "weak," with the Army and Marine Corps at the lower end of the spectrum.

"The Army has continued to reduce its end strength and accept greater risk to its modernization programs to preserve readiness," the report states, adding that the service's proposed budget for fiscal year 2017 is $1.4 billion lower than fiscal year 2016 enacted levels.

Cuts to the Army's active duty end strength and underfunded modernization programs contribute to the service's "weak" capacity and readiness and "marginal" capability scores. Capability issues with platforms such as the M2 Bradley infantry fighting vehicle showcase the challenges the Army has faced in developing multiple ground combat vehicle programs over the past decade.

"In summary, the Army is smaller, older and weaker, a condition that is unlikely to change in the near future," the report read.

The Marine Corps also continues to deal with readiness challenges, with the report noting that at times during 2016, "less than one third of its F/A18s, a little more than a quarter of its heavy-lift helicopters and only 43 percent of its overall aviation fleet were available for operational deployment." The service has only two-thirds of the combat units it actually needs, the report stated.

The Air Force is suffering from a shortage of pilots and maintenance personnel, and a reduced ability to fly and maintain its tactical fighter fleets due to funding deficiencies, the report said.

The Navy was the only service whose score had improved at all since the 2016 index, but the report is quick to note it is "only by sacrificing long-term readiness to meet current operational demands." The report notes the weak capability of Nimitz-class aircraft carriers and cruise missile submarines, where the service has struggled to fund a future Ohio-class submarine replacement.

As the U.S. military strength has diminished, threats to U.S. interests around the world have come to the fore, said Dakota Wood, a senior research fellow at Heritage who edited the report.

"On our scale of one to five, with five being the worst, we're at number four," Woods said. "So it's a very worrisome place because of the maturing of capabilities in Russia and China, in particular."

Russia's threat capability was deemed "formidable," above every other global threat — it maintains the world's largest nuclear arsenal and continues to provoke NATO allies in the Baltic Region and elsewhere. Russia, Iran, China and North Korea are all deemed high threats to U.S. vital interests in the report, along with terrorist activities in the Middle East and Afghanistan-Pakistan region.

Despite the doom and gloom, the think tank offered some suggestions of where U.S. military modernization has improved, such as the fielding of the F-35 joint strike fighter and overall operational experience.

"When we compare what our people do with the forces in Russia, China … there's an element of operational experience where our people still have a competitive advantage," Wood said.

He added that the U.S. military remains superior in the speed in which it develops and supports emerging technologies.

"If you go platform for platform, nobody else in the world could produce a DDG-1000 [guided missile destroyer] … nobody's doing rail guns, directed energy lasers nobody produces submarines like the United States has," Wood said.

The current and future budget environment makes such a military investment unlikely, but Rep. Mike Turner, R-Ohio, told reporters Nov. 16 that modernization had to be funded.

"The importance of the discussion is not how [modernization efforts] are going to be paid for, it's that we have to pay for this," he said at a breakfast meeting at the Heritage Foundation. "We are not to the point of luxury of deciding what we would desire; this is what we need, and you always fund what you need first."

President-elect Donald Trump has signaled a desire to build up the U.S. military, though questions remain of how his administration would direct funding. Turner — who sits on the House Armed Services and Oversight and Government Reform Committees — added that a "President Trump budget… is a long way off, so any questions about his budget and about how this plays, is premature."

The Heritage Foundation developed its report based on public records and testimonies, Wood said.

"We wanted this completely transparent, we wanted anybody to be able to go to the same sources that we used and come to their own conclusions," he said.