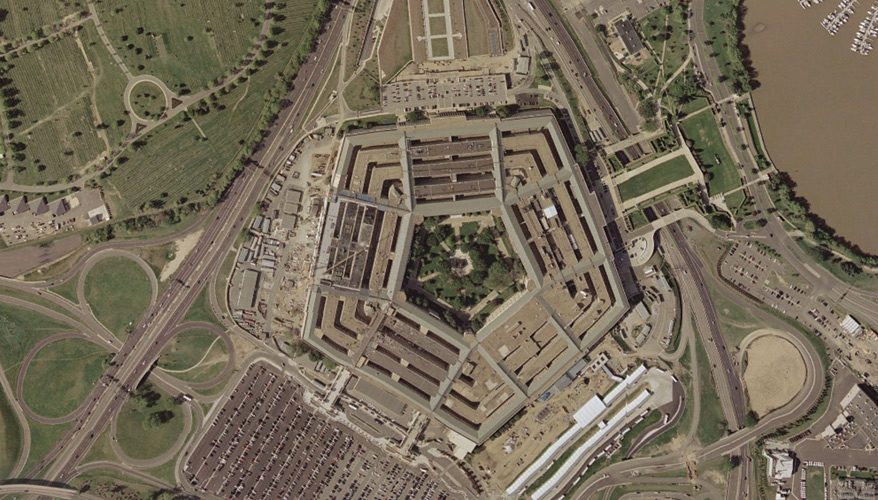 Red tape, secrecy and politics. These are not things that innovative technology firms want to be known for in Silicon Valley.

These are some of the defense sector’s many burdens as it works to develop a strategic and military advantage for America that can withstand the 21st Century’s breakneck pace of technological change. The Defense Department spends hundreds of billions of dollars annually on weapons systems that are the envy of the world’s militaries, yet still finds itself falling behind the curve.

With renewed support from top officials worried about the future of the American military, the Pentagon is looking beyond the defense establishment as it searches for technologies that will give it a decisive operational edge. Incoming Secretary of Defense Ashton Carter has a chance to own this initiative given his stint as the department’s top weapons buyer, and the fact that he was working in Silicon Valley before being nominated for the Pentagon’s top job in early December. Whether he is successful depends on something that so far is missing from the Pentagon’s pitch to those working on America’s technological future: the value proposition.

The Defense Department already spends heavily on a range of commercial technologies similar to those employed by Fortune 500 companies in areas such as logistics, human resources systems and IT. Yet this new approach is a wholly different one: identifying existing and emerging innovations that can be integrated into today’s military operations, while also spurring investment in leap-ahead technologies that will fundamentally change the way the U.S. military operates. That is why the department recently issued a bureaucratic call for innovative private sector ideas, or a "Long Range Research and Development Plan" request for information in early December. It is the clearest appeal for help yet.

While there is no easy answer to how the Department can improve its value proposition to the technology sector, government and industry officials need to keep in mind how technology investors such as venture capital firms invest in startups.

One of the first things the department must do is to acknowledge what makes Silicon Valley unique as a place that fosters game-changing ideas. Failure is embraced, and it has led to a “fail faster” approach. A venture capitalist can be more tolerant of a try-and-try-again approach because of the potential high-return payoff. Investors place lots of bets knowing some will be losers. This is an anathema in Washington, where oversight and regulations designed to rein in overspending and keep secrets make the Pentagon risk averse to even small bets that could go awry, no matter how great the ultimate promise to the military might be.

Also, money is not everything to technology companies — at least up front. A small, innovative technology firm may prefer to receive funding from an investor that brings with it finely honed business guidance, expert legal counsel, and a seal of approval that makes would-be customers pay attention to what they are developing. There is no way to ride a three-year, $25 million cost-plus fixed fee government contract all the way to an IPO, let alone generate a positive market signal that your technology should be taken seriously. Furthermore, small tech firms usually have a people problem, as in there’s not enough of them. Focusing talent on untangling government contracting regulations takes staff away from higher-return tasks.

The situation for larger commercial technology firms is similar. Selling a “commercial item” to the government may pass muster because they might be shielded from the onerous federal cost accounting requirements. While the Defense Department is a substantial commercial IT buyer that spends some $80 billion on IT systems each year, this doesn’t offer the kind of military or strategic advantage the department needs for the 2030s. Rather, it only affords access to the same underlying technology that is a staple of big organizations today.

Experimentation is essential. Not just with certain technologies but also with the methods and processes that enable access to the kinds of technologies that can give a decisive advantage, such as autonomous systems software or ultra-compact sensors and batteries. VCs will meet with almost anybody, for good reason. An open-door policy would be a good start for either government or contractors looking to establish a meaningful presence amongst the commercial technology community either in or outside of Silicon Valley.

Process matters when identifying investments. Those tasked with the necessary duty of monitoring and overseeing America’s biggest federal budget need to understand that money will be spent on efforts that fail, and any one technology can become outdated in a matter of months. Accordingly, the Defense Department must keep in mind this effort is about more than obtaining a single system, software program or device. Widely available commercial technology, by itself, will never give the military a competitive advantage over its adversaries. The trick is to learn how to use it better, faster and to apply it where it matters most to the nation's military.

That is where established defense firms can play a new role. If the Defense Department and its biggest contractors need to “go West” then at some point Silicon Valley’s ideas will make their way to Washington where they need the right reception. With the right approach, big defense firms can function as intermediaries capable of integrating new software and systems into weapons programs, with which they are thoroughly familiar. They can also help commercial companies cut through red tape and provide an essential understanding of the military’s missions. Senior defense executives who figure this out first will be in a prime position to disrupt rivals.

It is worth remembering that the Defense Department has a tradition of looking to California for innovation. Los Angeles was the hub of the aerospace and defense industry during the Jet Age and the Cold War. Federal research funding in the state helped build Silicon Valley’s foundation, and launched the Internet. In the 21st Century, who is to say that during what some call the Innovation Age, Silicon Valley won’t take on a new role? Whether it does depends on how the Pentagon presents its value proposition.

Tim Wickham is a managing director at Avascent, a strategy and management consulting firm. August Cole is a writer-in-residence at Avascent. He is also a nonresident fellow at the Atlantic Council where he serves as the director of the “Art of Future Warfare” project within the Brent Scowcroft Center on International Security.